It has been a year since Tom Petty’s passing and in honor of the late rock star, Turntable Records has announced that band The Pains of Being Pure Heart will cover Petty’s 1989 debut album Full Moon Fever. The cover album will be apart of the SOUNDS DELICIOUS vinyl subscription series and will be available October 26th exclusively in the subscription series, with 1000 limited copies to be released, which will include the original artwork from Teresa Grasseschi. See the original artwork cover below. Fans can pre-order here The band also shared their version of the track “Runnin’ Down a Dream” from the album. Check it out below

The Pains of Being Pure at Heart frontman Kip Berman made a statement about the album. “I grew up loving Tom Petty – thanks to my stepdad who played him nearly constantly and scoffed at the “grunge” era of bands that didn’t share Petty’s classicist reverence for the history of rock music. I’ve long identified with Petty’s celebration of songwriting and his general disregard for most everything else. Yet, he was often seen as a second fiddle to Dylan, Neil Young, Springsteen, Stevie Nicks, The Byrds, George Harrison, and more. But as far as I can tell, all these people (not sure about Springsteen) actually revered Petty – and genuinely liked his company. His greatness was that he didn’t seem to be too bothered if people thought he was great or not.  What mattered to him was being part of a lineage of timeless rock songwriting.” He continues on to say “…to wonder what it would be like if the songs he wrote sounded a bit more like the artists that were working in the underground at the time he was making this iconic record.

The band recently released Laura Carbone collaborated song “The Flowers Beneath Your Feet” earlier this year, with it following their previous album The Echo of Pleasure” released last year. 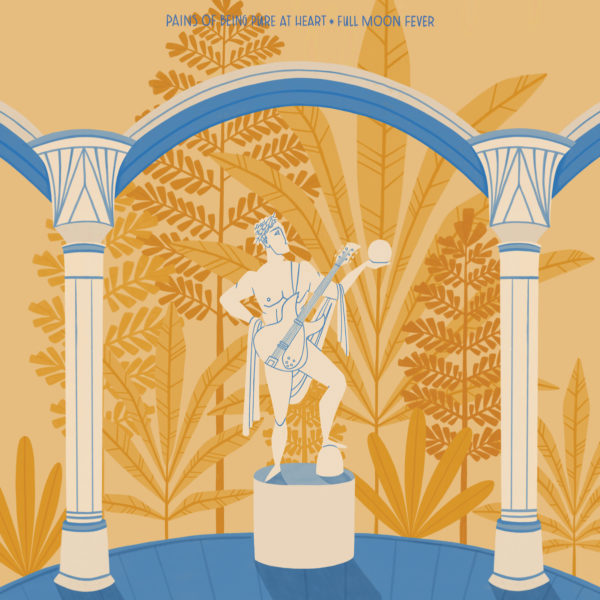