When bands come together to hit the road for a collaborative tour creates a unique union between fans. For fans of the rock bands Metric and Zoé, get your calendars out because both artists are embarking on a co-headling tour beginning of next year. The tour will have them trekking across North American for the months of February and March and they will be joined by special guest July Talk who will be supporting on all the dates. Check out the full itinerary down below.

Metric who hail from Toronto is celebrating their highly-anticipated new album, Art of Doubt, which they released this past Friday. Zoé is a Latin rock band who celebrating the fact that they recently nominated for three Latin Grammys, including Best Alternative Music Album for Aztlán and Best Alternative Song for their single “Azul.”

Live Nation is producing the 27-city tour and tickets for the tour will go on sale to the general public on Saturday, September 29th. There is an artist presale for both bands that will start Tuesday, September 25th in each city for those fans who have signed up for their email list or fan club. Citi cardmembers will be able to have access to purchase U.S. presale tickets on September 25h until the 28th through Citi’s Private Pass program. For complete details or information regarding tickets, go to the Citi Private Pass website. 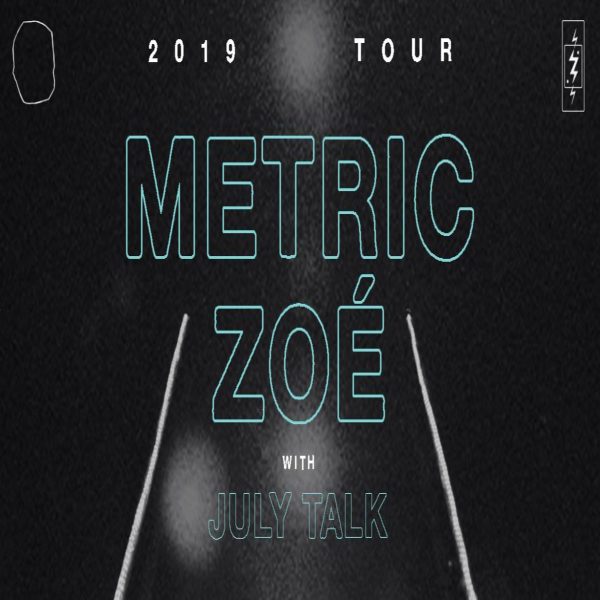