While many music fans may not recognize the name, Nitzer Ebb was a pioneering group in the industrial and EBM world, has outsize influence within the genre and a large base of devoted fans to boot. Now a duo that consists of founding members Douglas McCarthy and Bon Harris, the band was founded in 1982 by McCarthy and Harris along with David Gooday (who left the group in 1987) as well as Simon Granger. The remaining founders held steady together across three decades with a revolving door of additional members, before calling a hiatus in 2010.

Now, the two original members will reunite with Gooday and Granger for an appearance at the 2019 Amphi Festival, Cologne, Germany on July 20. It will mark the first live appearance the four founding members of this seminal experimental electronic group will make together since 1987 — over 30 years. According to a press release, the band will announce more dates for a tour with an expanded lineup soon.

That’s not all of the good news for fans of Nitzer Ebb — at least those with deep pockets. The group will release an expansive vinyl box set on October 5, 2018 titled Nitzer Ebb 1982-2010: The Box Set. The massive box set will be released by Pylon Records and is the first time that all five of the band’s Mute/Geffen releases are gathered together in one box set. Each album will be expanded with bonus tracks and other rare material rare into double albums, making for 10 LPs in all. According to a representative for the band, none of the bonus material is unreleased; the bonus material consists of remixed songs and single b-sides, some of which are extremely hard to find elsewhere.

The box set will be available in both black vinyl or colored vinyl packages, the latter being sold exclusively through the Pylon Records site. Those that do purchase the colored box set will receive an 11th disc, a white/clear/red splattered color vinyl LP with the 2012 master of their debut album Basic Pain Procedure, which was self-released. Additionally, the artwork for each album has been expanded into gatefold sleeves and have embossing and spot UV finish. A 28-page booklet with liner notes from McCarthy and Harris, unseen photos, flyers and other artwork will be included in both packages. The colored package sells for $209.99 while the black package is $189.99. It’s worth noting that all of these albums have been out of print since the 90s and are extremely difficult to find.

The two-piece box itself is made from hard board stock wrapped in leather. 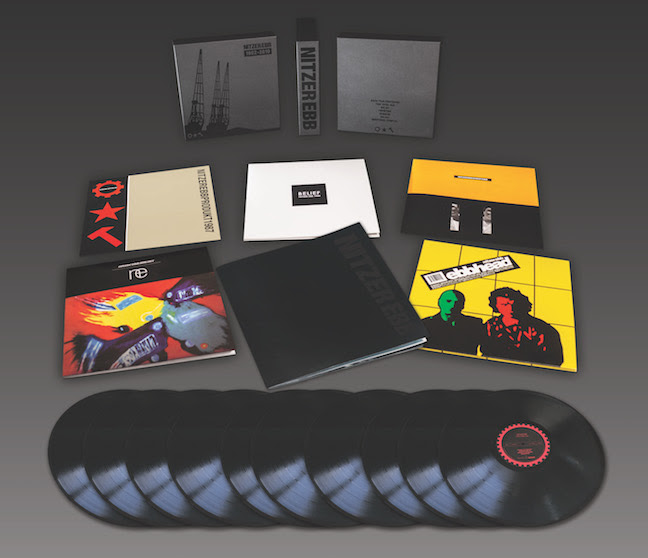 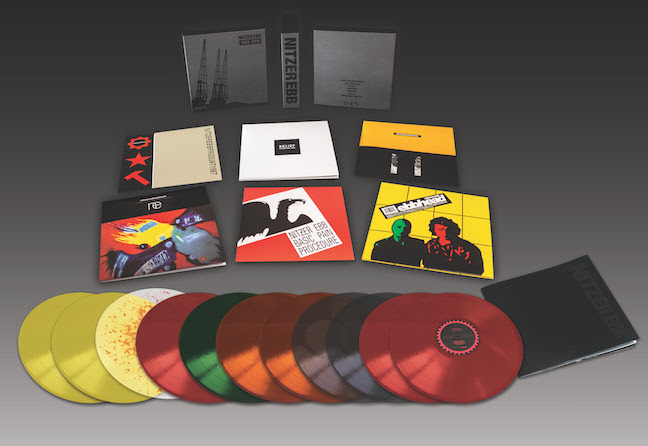 Basic Pain Procedure – Double Red/Clear/White Splatter Vinyl LP (2012 Master) – Exclusive to the colored box set only available online through the Pylon Records website. It will not be available as part of the black vinyl version of the box set available through your favorite distributors.