It was just announced by SiriusXM that Reprise Records will be releasing a four-CD box set of previously unreleased material by Tom Petty and the Heartbreakers this September 28, about a week before the anniversary of the legend’s passing.

The box set, titled An American Treasure, is the first posthumous release of the rocker, since his accidental overdose last October, when he was only 66. The collection will feature a stunning 60 “previously unreleased studio recordings, live recordings, deep cuts and alternate versions of popular Petty songs,” according to Rolling Stone.

The first single from the set is “Keep A Little Soul,” a previously unreleased recording from 1982 sessions that resulted in Tom Petty & The Heartbreakers’ 1982 album, Long After Dark.

According to the official website, Petty’s daughter Adria and his wife Dana were the catalysts of the creation of this box set, serving as the project’s Executive Producers to commission, create and release the collection. They worked together with Tom’s bandmates of 45 years, Heartbreakers Mike Campbell and Benmont Tench, and his studio collaborator, Ryan Ulyate, to curate the track list.

“Everyone involved in this project chose each track with tremendous care and deep respect for the body of work Tom Petty created over the course of 40 years,” said Adria and Dana. “He also accumulated a wealth of unreleased music in his vaults, and we have collectively uncovered one gem after another that will keep us all listening and discovering new facets of Tom’s talent for many years to come. We can’t wait to share with Tom’s fans this musical portrait of an artist who deeply affected our culture and indelibly touched the lives of fans the world over.”

Check out some details of the box set below. 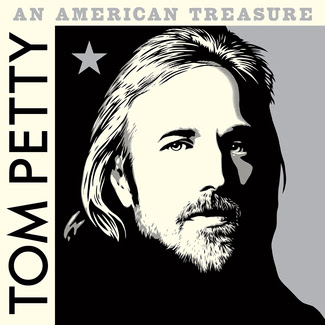