Metal lovers better start saving their cash because doom metal stalwarts Pallbearer have announced new summer 2018 tour dates. The run of United States dates find the band touring with Swedish metal band Tribulation, cutting a path across the United States and Canada. The tour, which comes a month after the band are schedule for a two-month European tour, get started in Toronto, ON and wrap up in Houston, TX.

In addition to the tour dates, Pallbearer have released a live video for their song “Thorns,” which is taken from their latest album, the excellent Heartless. The album, which was released in 2017, also featured songs like “I Saw The End.” The footage in the video was taken from the band’s United States tour in February.

Pallbearer hail from America’s heartland, specifically Arkansas, and consist of members Brett Campbell on vocals and guitars, Devin Holt on guitar, Joseph D. Rowland on bass, and Mark Lierly on drums. According to a press release, the band allude to this tour being their last before working on new music. “…[I]t’s almost time for us to settle in to the cold season and begin crafting our next musical endeavor.” The band promise to revisit material from across their catalog and “adding new dimension” to the music. 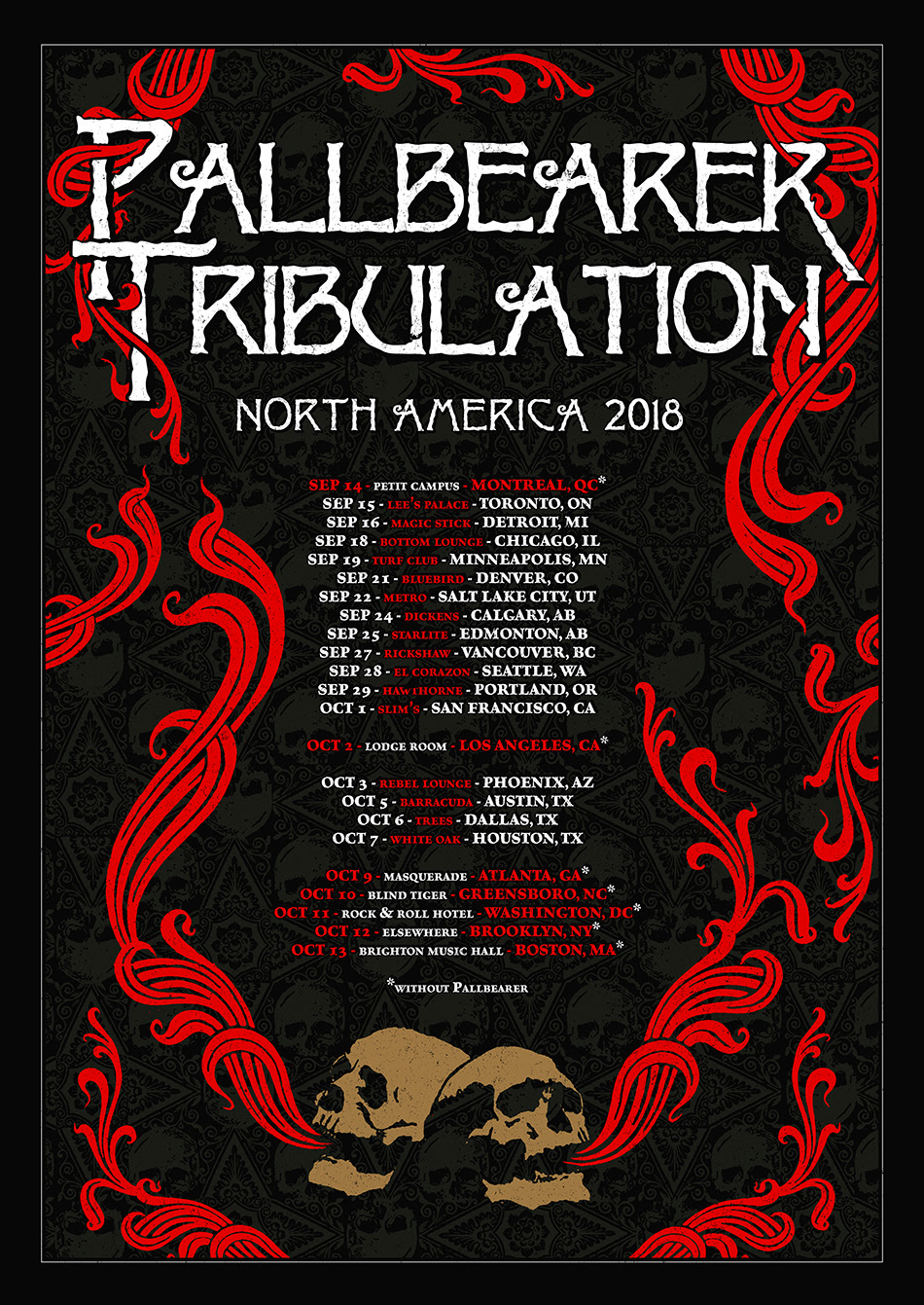