After breaking up in 2010, ISIS, the band named in reference to the Egyptian goddess, is getting back together for the first time in a long time. The metal band ISIS is putting on a show for a good cause: to remember and honor the life and the art of Cave In front man, Caleb Scofield. The band is “reuniting” for one show, but this time they are playing under the name of Celestial, also the name of their first album as a group.

Scofield was an American musician who was influential in many ways to many musicians, fans, and family. He was a member of the American metal and sludge bands: Old Man Gloom (2000-2018) along with Aaron Turner of ISIS and Cave In (1998-2018).

Taking place on October 13th at The Wiltern in Los Angeles, all of the proceeds from the benefit concert will go to the Scofield family. The show will also feature close collaborators and longtime friends, Pelican and 27. The line-up for the band will be the same as they had before they broke up. 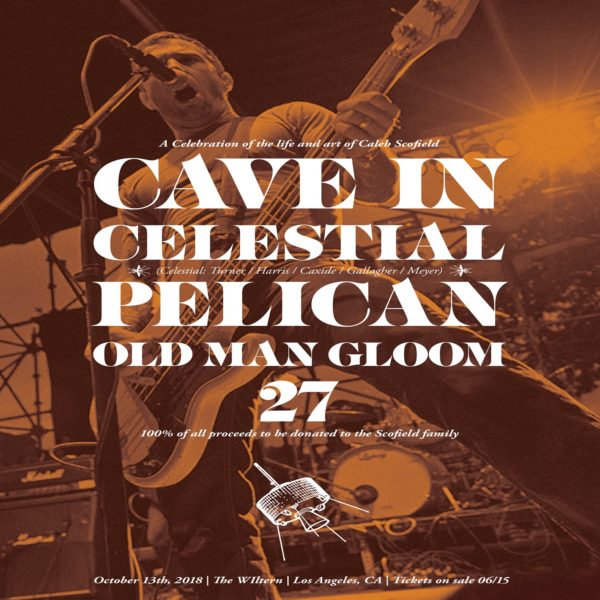 The band has stated their reason for performing once again:

“Caleb was a touring partner and bandmate to the individual and collective personnel of ISIS; he was also a dear friend, roommate, and collaborator. We are profoundly saddened that Caleb is gone. His place in our lives and hearts is indelible. Caleb’s loss is unquestioningly felt most deeply by those he leaves behind: his wife Jen and children Desmond and Sydney.

As a group we are moved to try to do something to help them, and to commemorate Caleb’s life, to celebrate what he meant to us. Sadly, we are unable to participate in the Boston Scofield family benefit. However, we will be performing at the Los Angeles event on Oct. 13, along with Caleb’s friends in Cave In, Old Man Gloom, 27 and Pelican.

We are choosing to perform under the name Celestial. This event is a one-off performance to benefit Caleb’s family in their time of need and to pay tribute to a person we loved and lost.”

The band, formerly called ISIS, had received threats and aggressive comments in relation to the name of the group. People assumed or insinuated that the metal group was linked to the terror group, ISIS. However, the band had no such relations. The change in name this time around may be to initially diffuse some of those hateful words, to not start a scuffle, and to keep the focus on the late Caleb Scofield.

The benefit will stand as a moment to honor and recognize all that Scofield has done in music, in art, and in life.