The rockers from Pennsylvania, Halestorm have announced their return with an announcement of their upcoming fourth record, titled Vicious. To start really building up the hype, the band also released a blistering lead single titled “Uncomfortable,” a blistering, high-octane affair accompanied by a raucous music video.

The black and white, double-vision simulator of a music video was directed by Evan Brace, who had previously worked with bands like Phantogram and Taking Back Sunday. The song itself is standard Halestorm, with searing guitar leads and punch-in-the-face drums all backing up frontwoman Lzzy Hale’s phenomenal singing, which earned them their seat in the spotlight in the first place.

Vicious was recorded at Nashville’s Tennessee’s Rock Falcon studio with producer Nick Raskulinecz, who’s previously worked with artists including Rush, Foo Fighters and Alice In Chains. The record is due for release on July 27, via Atlantic Records.

The album is following up 2015’s acclaimed Into the Wild Life, which made a top 5 debut on the Billboard 200 upon its April 2015 release while also entering Billboard’s “Top Hard Rock Albums” tally at #1, indicating that Halestorm have really pushed themselves into the public consciousness.

“Everybody’s firing on all cylinders. It feels like we’re back in our parents’ basement trying to hash it out,” said Lzzy Hale in an interview last November, talking about the upcoming record. “There’s four sides to Halestorm – it’s not just about me being the singer and whoever playing in the background.”

“I think this is going to be the first record where you can really hear what puts Halestorm together,” she continued. “We’re all doing things that we’ve always been able to show during our live show, but now we’re finally capturing it. I feel like this is going to be our most rock record to date, even more so than the first and second record. Nick is bringing that out of us. There’s teeth to it.”

Check out the music video for “Uncomfortable” and further album information below. 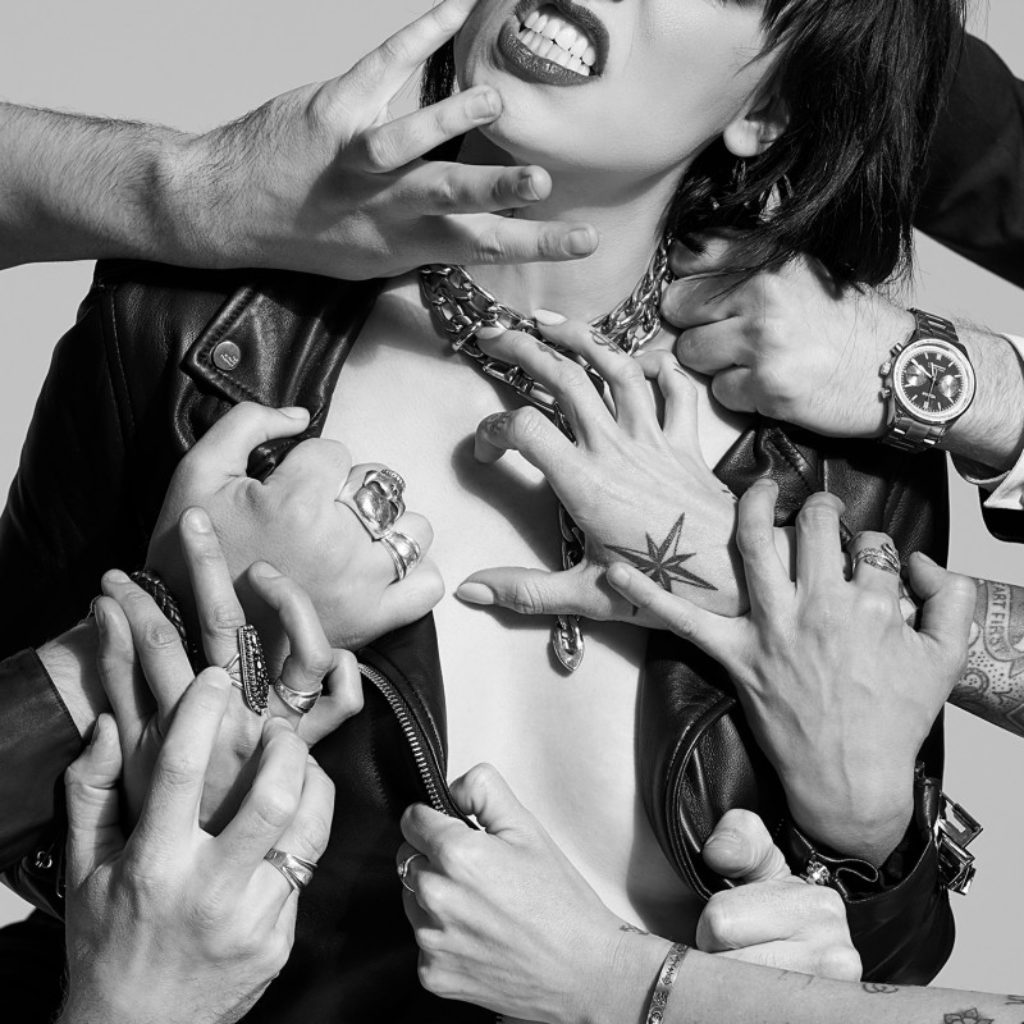