One of the biggest fall festivals has just unveiled its lineup, and it looks like music fans are in for another fantastic year of performances at the Life Is Beautiful Festival. Curated by Another Planet Productions, the festival is in its 5th year, and with yet another stacked lineup this may be the best year of the festival yet. Running from September 21st through the 23rd in Las Vegas, the festival has become known for its eclectic mix of different artists from many varied musical backgrounds. It will be more of the same this year as the likes of Florence + The Machine, CHVRCHES, The Weeknd, Justice, Arcade Fire, Bastille, St. Vincent, RL Grime, Death Cab for Cutie, Tyler, The Creator, Odesza, and Travis Scott will take to the stage. Much like its sister festival, Outside Lands, Life is Beautiful is a celebration of local art, culture, and food, giving local vendors a chance to show off their work.

Florence + The Machine have resumed full activity and are also headlining a day at Outside Lands and the FYF Fest. The group also released a new song in the form of “Sky Full of Song” which was a special release to celebrate Record Store Day.

The Weeknd has developed into a dominant festival headliner, throwing down an impressive performance at Coachella, and grabbing a coveted headlining slot at Outside Lands. He just surprised-released the stellar My Dear Melancholy, which has been racking up sales and great reviews in the past few weeks.

Arcade Fire is still touring in support of their comeback album, the incredible Everything Now. The group has been performing at some of the world’s most legendary venues, including Wembley Stadium, where they closed out the night with a stunning rendition of “Dog Days Are Over” with Florence Welsh guesting on vocals.

St. Vincent is still riding a wave of critical and commercial success from last year’s Masseducation record, as she recently delivered an incredible performance at Coachella, in addition to performing with Sufjan Stevens at the Academy Awards.

You can check out more information on the festival’s website, and tickets will be going on sale this Thursday at 10 AM Pacific time. 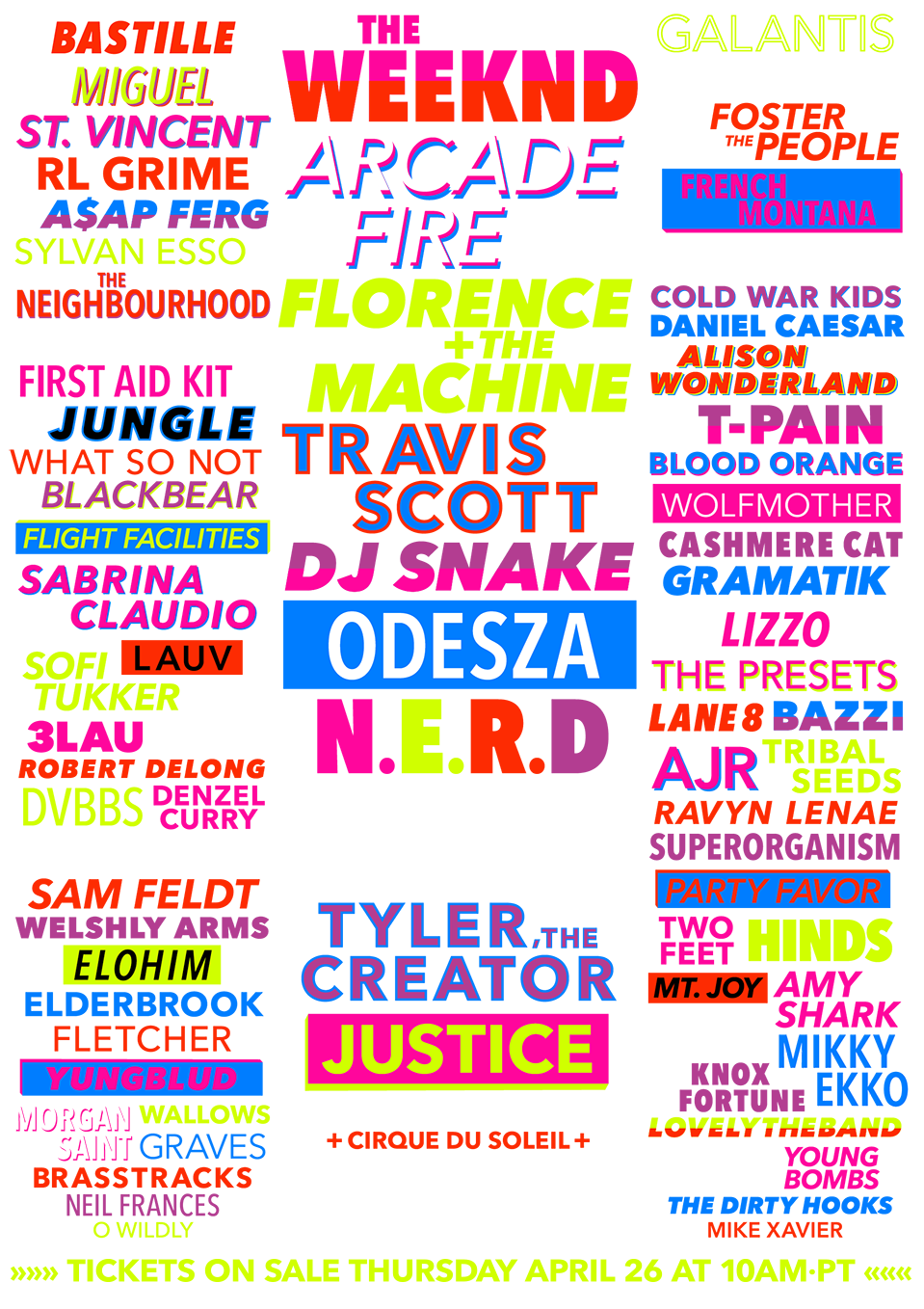