For the first time since 2015, System of a Down will be playing shows in the US. The tour kicks off on October 13 at the Glen Helen Amphitheater in San Bernardino, CA and includes a headline performance at the Aftershock Festival.

Over the past three days, the band teased their fans with the prospect of emergent news on social media, posting images of a beach on Facebook and Twitter.

The band had been counting down and updating a picture of a couple frolicking on the beach, adding in warplanes, mines, and mushroom clouds to what would eventually materialize as their tour poster. Additional hashtags were also added with each tweet. Friday was  #systemofadown, then #soad2018 and lastly  #letsdothis. Fans had surmised the band was on the verge of announcing a new album or tour, as the group has been playing together again at festivals, headlining Download last year.  One astute fan on Facebook deduced that the countdown on Twitter ended the same day that Aftershock Festival in Sacramento, California was due to announce its lineup, of which System of a Down is indeed a part of. 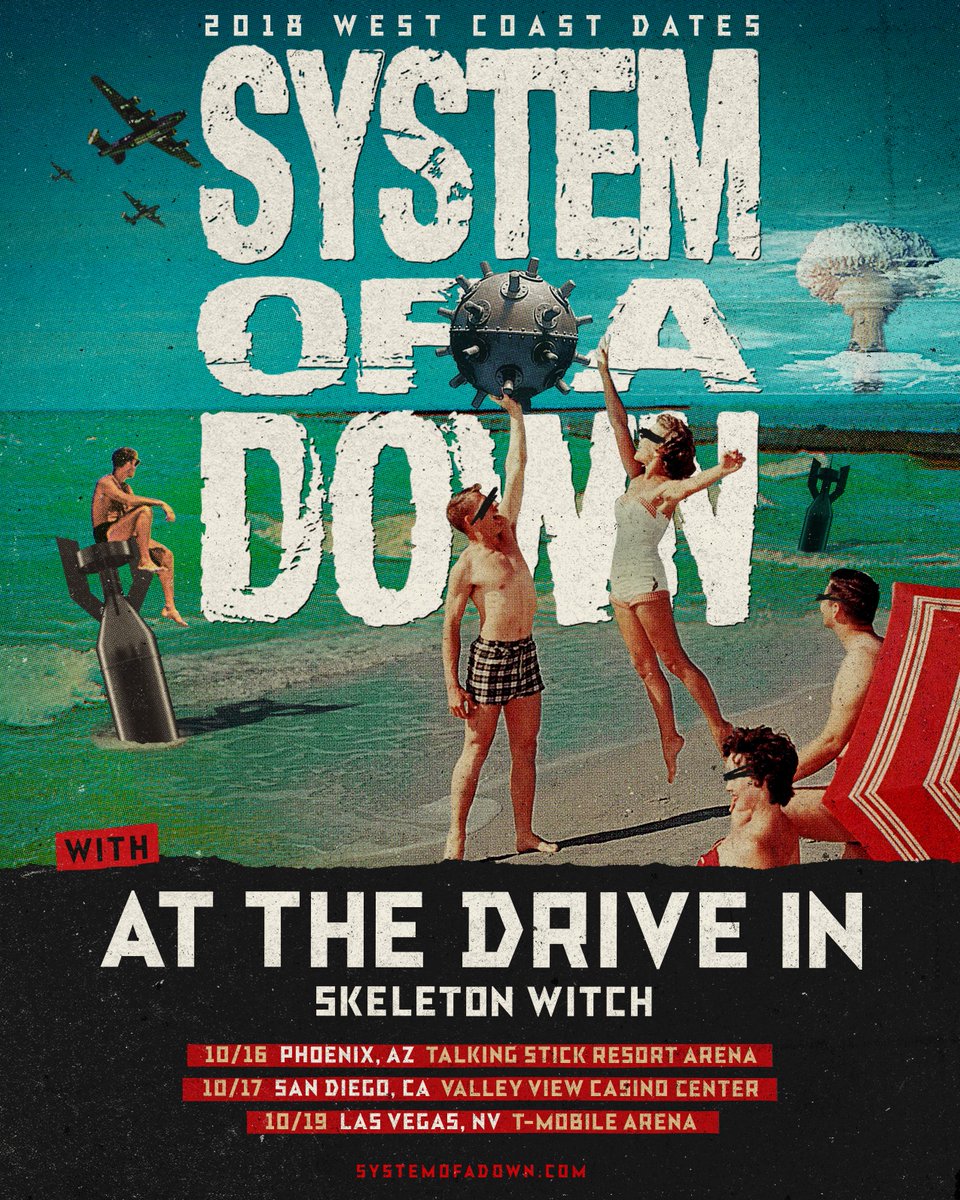 System Of A Down’s last U.S. show was at The Forum in Los Angeles during 2015’s “Wake Up The Souls” tour. The shows, which follow last year’s sold-out European tour, are listed below and ticket information can be found HERE.