Animal Collective, an experimental pop band from Baltimore, MD, announces a summer 2018 tour playing in Europe, the US and the UK. The tour starts in London on June 12th and ends in Los Angeles, CA on July 31st. The band will be playing songs from their fifth studio album Sung Tongs which has only been played live in its entirety once before at a party in December 2017 for Pitchfork’s 21st birthday. Two of the four band members will be on tour, the same two band members that recorded the album, Panda Bear (Noah Lennox) and Avey Tare (David Portner).

The album Sung Tongs was released on May 3, 2004 by FatCat Records. The album made it onto 2004 and 2000s top-of lists from Pitchfork and Tiny Mix Tapes. In 2017 the band created a multi-track record of their show at College Street in Musical Hall in New Haven, CT. The album Live at College Street Music Hall May 26th 2017 named after the venue of the performance gives fans the option to pay what they want for the album. All of the proceeds from the album will be donated to the organization Direct Relief. The organization helps give aide to those affected by poverty or emergencies. More information on the live album here.

Band members have released their own albums while not touring or recording with the band. Avey Tare, David Portner, released the album Eucalyptus on July 21st, 2017. Another band member that has been working on notable solo work is Panda Bear, Noah Lennox, with the EP album Crosswords released on August 20,2015. The band has released new and old music that was recorded but never released. The band released EP album The Painters on February 13th, 2017. On November 17, 2016 the band released the song ” Mountain Game” that was recorded for the album Red Dead Redemption but did not make the final cut for the album in 2010. 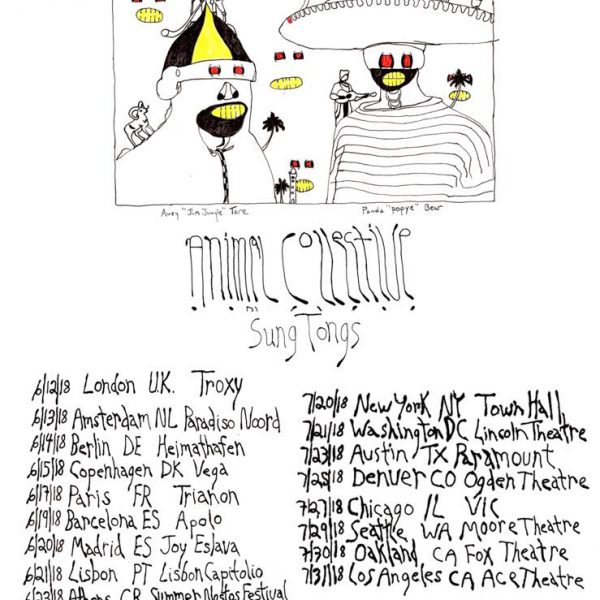