American rock band Gov’t Mule’s tenth and most recent studio record, 2017’s Revolution Come… Revolution Go, was their highest-selling debut week of all time, racking up over 1.5 million streams. The well known genre-benders of rock and blues will be joining The Avett Brothers for a run of dates this summer, one of which features the third performance ever of their Dark Side of the Mule show.

Dark Side of the Mule, Gov’t Mule’s “audio and visual spectacular” of Pink Floyd covers. “Out of the more than 2,000 shows Gov’t Mule has played throughout their celebrated career,” states the official press release, “there have only been two previous Dark Side of the Mule performances.” The first was at the Orpheum Theatre in Boston on Halloween 2008 (where the live album was recorded), and the second at Mountain Jam 2015. The third show is set to take place July 12th in Wantagh, NY, with the following five dates of the tour concluding with Dark Side performances as well. Besides the Avett Brothers, special guests The Magpie Salute will also open with the same lineup since they toured with Gov’t Mule and the Black Crowes back in 1994.

Gov’t Mule’s Dark Side of the Mule 2018 Tour (with The Avett Brothers and The Magpie Salute): 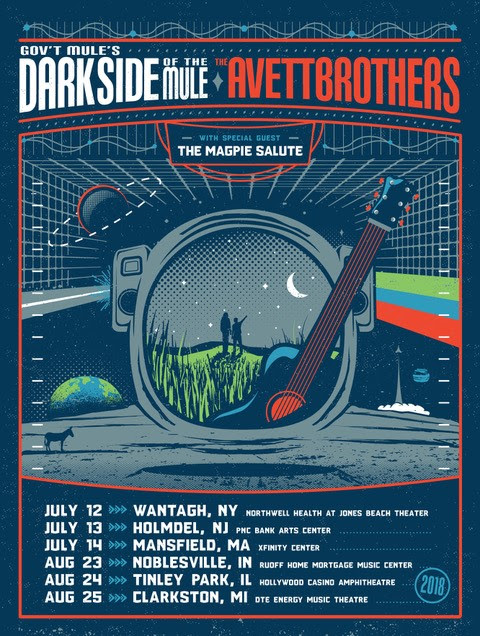