Montreal 77 Festival Announces 2018 Lineup Featuring Rise Against, Suicidal Tendencies and Me First And The Gimmie Gimmies

The festival began in 1977 after Vans Warped Tour began fading away from Montreal, according to Montreal Gazette, and a void needed to be filled. The idea of the festival was to celebrate punk rock by Paget Williams, Nick Farkas, and Dan Webster. Previous artists that have performed are Iggy, The Ramones and the New York Dolls.

The festival passes cost $70 dollars. There are many transportation accommodations from  companies like Greyhound, Orleans Express, Maheux, NY Trailways, Maritime Bus, Intercar, Limocar, Galland and more. The festival also provides a hotel accommodation called Carrefour Sherbrooke that is a five minute distance from a subway that will take fifteen minutes to arrive at the festival. The tickets can be bought through the festival’s website. 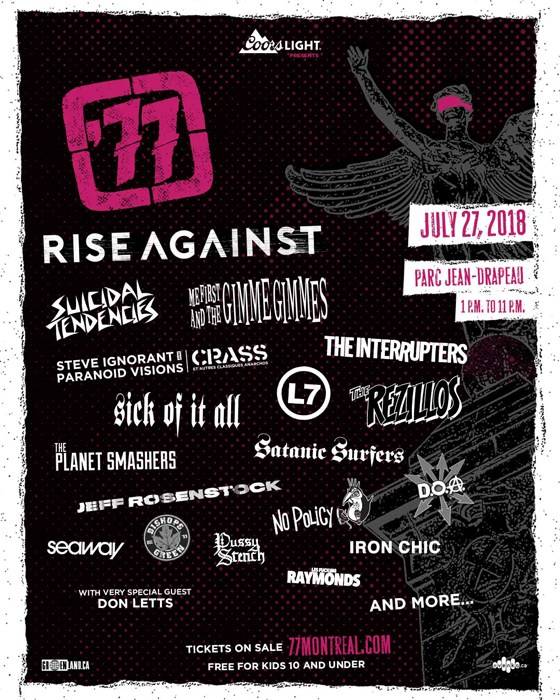