After reading the title, I am sure that you looked at your calendar to make sure it was in fact still 2018 and not 2004 but yes, Coheed and Cambria and Taking Back Sunday are going on a joint headlining tour this summer, which promises to be one of the most exciting touring packages of the year. They will be joined by pop-punk stalwarts The Story so Far, giving the whole tour a throwback vibe to the early 00’s when this type of lineup was commonplace throughout the summer months.

“Coheed,” as they are affectionally referred to by their fans, completed a massively successful tour of the US last year which saw them playing their breakout 3rd album Good Apollo, I’m Burning Star IV: Fear Through the Eyes of Madness in its entirety (and yes if you’re wondering that is the record that has “Welcome Home” on it). Before that, the group released the critically acclaimed album The Color Before the Sun, which saw the band expanding on their emo/metal/rock sound and into more pop-oriented territory. While the group has not made any announcements on new material, you can expect that prolific frontman Claudio Sanchez is working on something exciting right now.

Since reuniting their original lineup of the band at the start of this decade, Taking Back Sunday have continued to tour relentlessly, developing a reputation as a powerful live band in addition to writing more straightforward rock material that showed the band’s ability to be more than just an emo band.

The LiveNation produced tour will run from July until August; you can check out the full itinerary below:

* not a Live Nation date 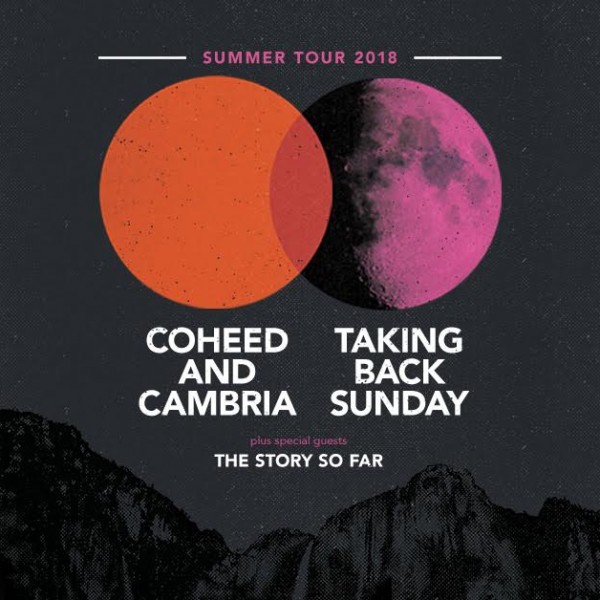