Amalie Bruun, better known in the metal world as Myrkur, is a former ballet dancer, classically trained musician and pop star with her previous band Ex-Cops. She shed that image in true reptilian form for the confines of the black metal world. In 2017 Myrkur released her 2nd full length record, Mareridt, to critical acclaim – including a place atop our Best Albums of 2017 list. Mareridt in Danish means “nightmare,” derived from an Old German and Old Norse horse-demon bringing unsuspecting sleepers bad dreams.

During the writing and recording of the record, Myrkur was visited by a cascade of nightmares and sleep paralysis that drove the sound, style and theme of the record, which is at once angelic and demonic. She describes Myrkur as “the music I have always wanted to make,” which takes loads of courage after her foundation in the pop world. mxdwn recently spoke with Amalie to discuss Mykur, her Scandinavian roots and the future of Ex-Cops.

mxdwn: Your movement from the pop realm with Ex-Cops into metal with Myrkur is very interesting. How did the Myrkur project take shape?

Amalie: Mykur is just me making the music that I really want to make but no one really gave a shit about until someone heard it and said that they would want to give me a record deal. It felt just like someone scribbling something down at home.

mxdwn: You obviously had a very different sound with your previous bands, was it difficult to make the transition into metal?

Amalie: It wasn’t very hard. My friends were very supportive. They were actually pushing me to release it. I’m just a musician, so I play a bunch of music. The only reason that it was a little hard was because it was so personal. It’s easier when you have a persona like you can in pop music, you are disconnected and disassociated to yourself and the people you work with. This was not and it took a little bit more courage. 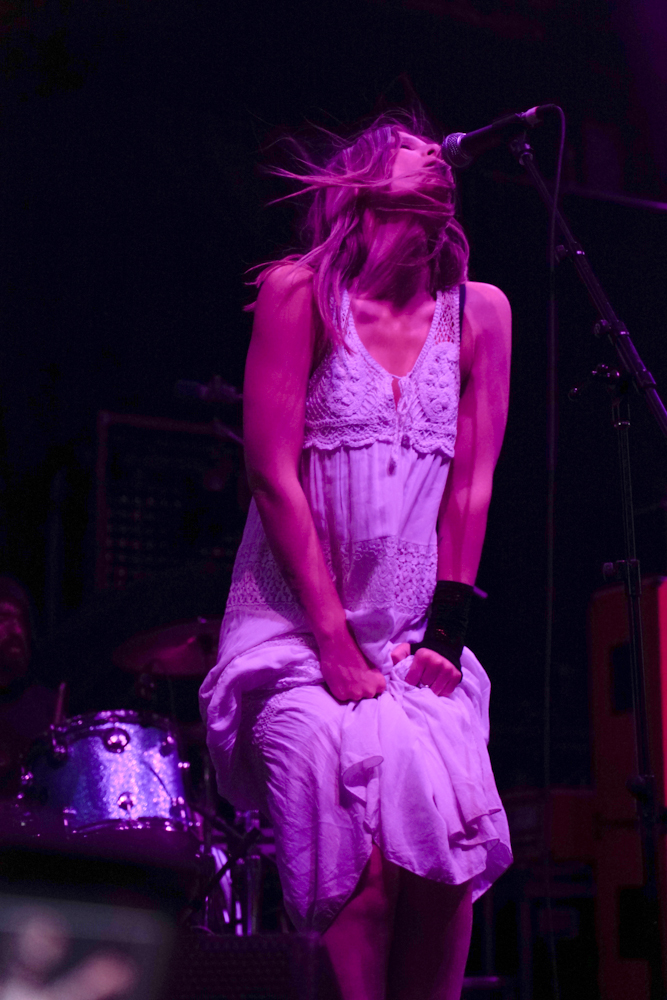 mxdwn: Myrkur challenges the listener in a very refreshing way and demands that they listen. Where did the inspiration for those songs come from, especially your last record Mareridt.

Amalie: That Mareridt album came out to be a bit of a conceptual record because it is all written about my nightmares. That’s basically the inspiration for the songs. It was becoming too much, my nightmares and I wasn’t dealing very well. I was writing them down into songs, and I thought well… this could just be the album.

mxdwn: Mareridt sounds, in my head, like a beautiful chorus of crashing cars, which is the image that came to mind as I listened to the record. There was almost a skin-tingling pressure that comes with that record. Was that a conscious release of emotion, or unintentional?

Amalie: I think I was just moving through. It’s so crazy to talk about that record now because I let it go emotionally, which is good, you’re supposed to do that. I guess it was mentally very oppressive time for me when I think about it now and I felt so trapped. You know how you feel in a nightmare, you feel so disorienting and you can’t get out, especially when you have sleep paralysis which I sometimes have. You really want to wake up and you should wake up, but you fucking can’t. That’s how my waking life was coming as well.

But now, I’m not there anymore. I am in a place now that I am okay. I can listen to the record and talk about it. I am happy to play it live. But, when I had done it, I was so unhappy that I didn’t want to listen to it, as if I was too close. Maybe some of my personal emotions are translating back to you. I am passing on my demons.

mxdwn: It’s good when you can come out of a project like that feeling better.

Amalie: That is really when you realize that you’ve picked the right people to work with. The producer knew what the bloodline was and were very helpful. They know how to really work with an artist and the whole aspect of your spirit. Which is really is when you make a record. 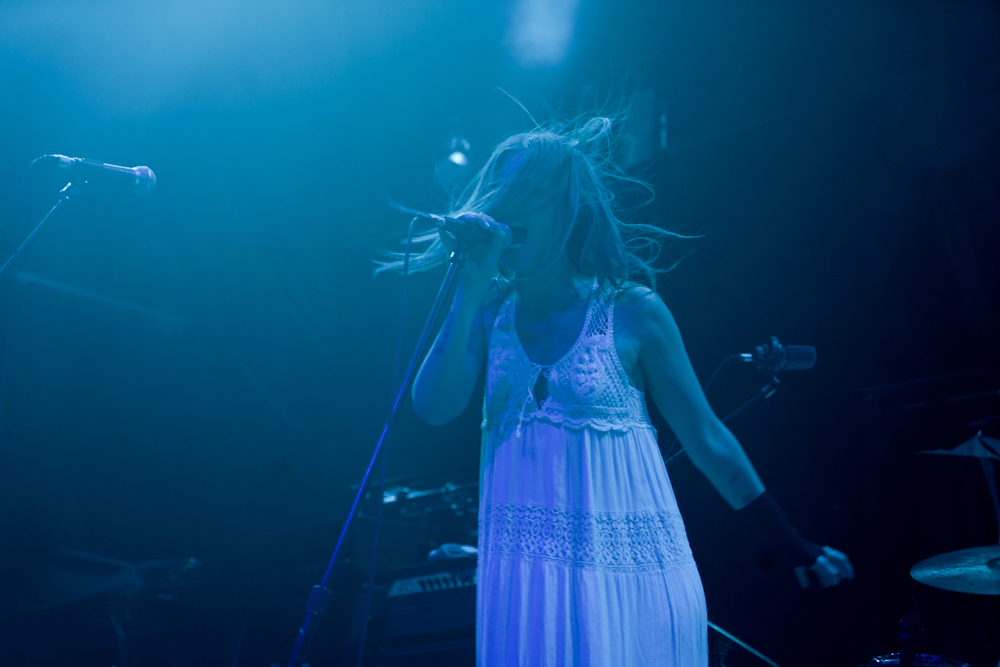 mxdwn: One of the most beautiful songs on the Mareridt record is “Crown.” It’s chilling in a way and almost has a childlike, nursery rhyme feeling to it, but it’s also dense and full and heavy without being heavy. How did that song come about?

Amalie: I think that was one of those songs that were based on intuition and these dreamlike glow of my own creativity. The lyrics are a little… like dream images of a lake of frozen water, abuse and all these things. And the religious aspect of the archetypal mother, goddess, whore. It’s very stream of consciousness, if you will and I think that is why it became very dark in its tonality.

mxdwn: How did you find your love of making music as a child in Denmark?

Amalie: That’s just life I guess. When I was 2 years old — there is really no other way of saying it. I grew up in a musical house and there was never a question that I was going to do anything else. I think the older I get the more I think that my upbringing was not normal in a sense. But you never really know if you are normal. I wasn’t part of any scene, it was always a solitary process. I played music with my dad. I went to music school which I really enjoyed. I’m very happy that I know that deep music theory and studied that at school. 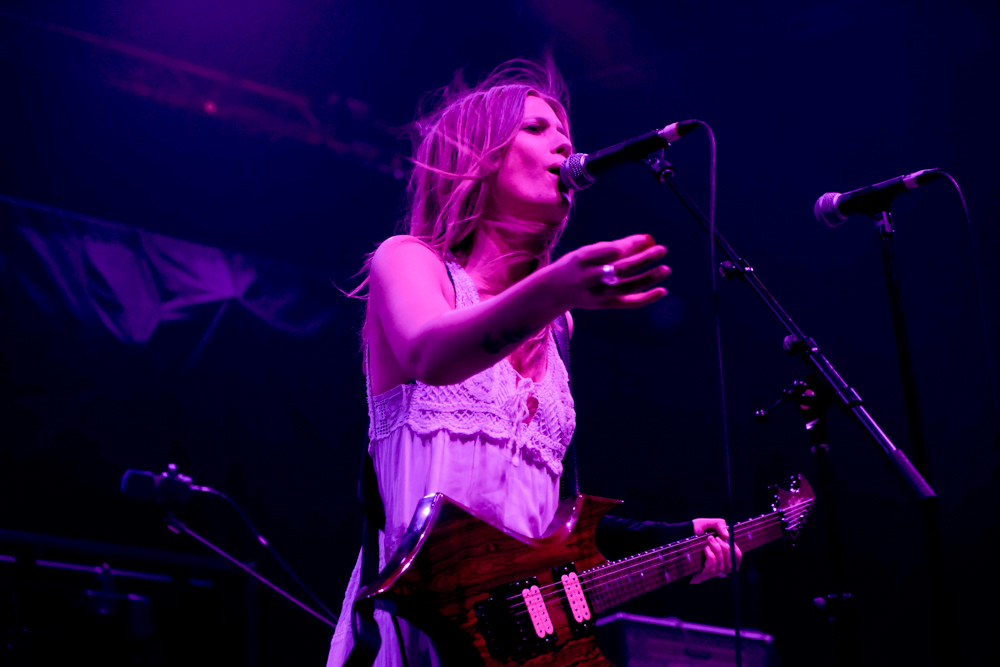 mxdwn: You also play most of your instruments, or if you aren’t playing them, at least you know how to play them.

Amalie: I also took some ballet growing up and was always very close to classical music. And I started studying composers at an early age. I realized that all these composers, to write these pieces of music, had to know how to play all their instruments. You couldn’t write for a French horn or a cello if you didn’t know how the instrument works. I made that a bit of a priority in terms of becoming a songwriter that I would know how to do that as well. Not to the extent of an actual 18th century composer but, at least understand it.

mxdwn: How important a role do you think Scandinavian folk music plays in Myrkur’s sound?

Amalie: I think it’s pretty important. It’s in my blood. I can’t escape it. In terms of anything to do with culture and folk music, it’s an ancient art form that is passed-down knowledge. You can actually inherit memory in your cells. For example, I’m talking with this Persian folk band called Light in Babylon and I have been so into this band, especially the singer. I believe that she is Israeli but they have Iranian roots. I don’t even know what the hell she is doing with her voice. I have no idea what is going on but I am reacting very strongly to it because it’s this thing that is being passed along. You can sense it in her blood. She opens her mouth and her culture comes out. It is stunning. To deny that is not human, it is real and it exists. 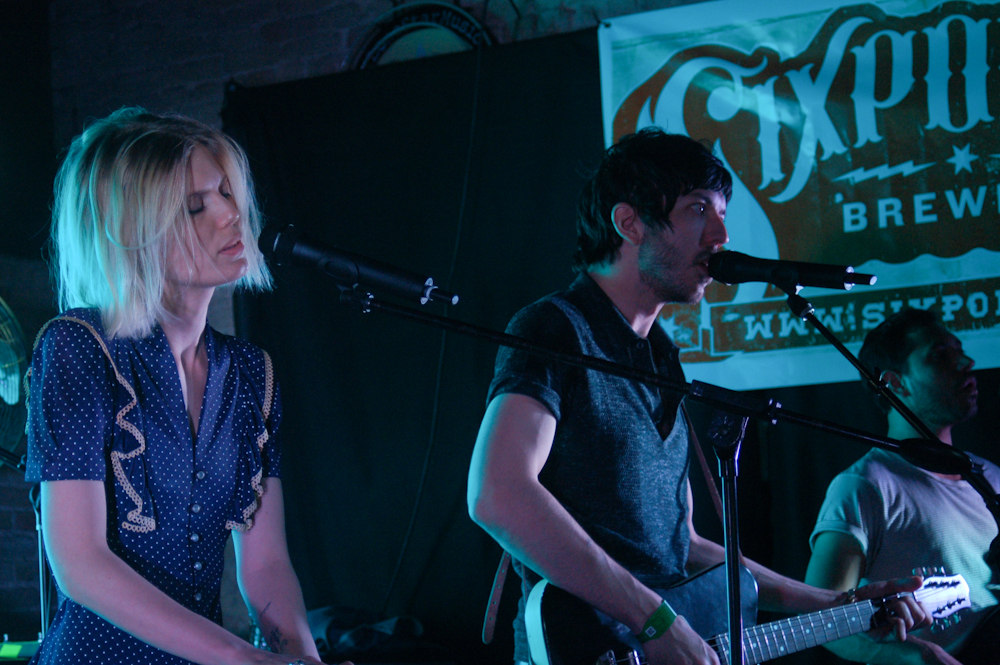 mxdwn: There is a really great revolution happening for women, in all walks of life, in Western culture right now. You break down a lot of stereotypes for women in the metal world.

Amalie: I think that it is all open to interpretation. I think that it is really great that all people are interested in this type of music, whoever makes it. What I try to do is not a very masculine thing. I never understood the stigma of the woman in the scene. It means nothing to me. It is an obvious projection of your own desires to control or know something about something when you really don’t. That’s what we do and it doesn’t feel good. I don’t think that too many musicians take it seriously. It’s mostly people who don’t play music.

mxdwn: Will we see anything from Ex-Cops in the future, or has the band broken up?

Amalie: Oh, no… we stopped in 2014. The beauty of it is that we really didn’t have to break up. We just made a record, and then I made a different record. I talk with Brian (Harding) at least a couple of times a week, we are still really good friends.