Blazing the trail in 2018, The Decemberists are set to release there new album, I’ll Be Your Girl, March 2018, and fans anticipate the first time collaboration of the super indie group and the superproducer, John Congleton. Working to produce an even more unique sound for the band, Colin Meloy explains that the idea of this different vibe was what consistently inspires them go back to ‘Roxy Music and early glam,’ and that is the mindset that they have created this album with.

We get a taste of the albums greatness with the release of new single form the LP called “Severed,” which mixes unusual electronics with a driven synth arpeggio. The song begins with what is an upbeat synthesizer, and then a crescendo of drums, which is complimented by guitar strums and the echo of Meloy’s voice. Blending a darker song with a more absurd sound the song works to create a harmonious vintage sound.

With this track available on Spotify, Apple Music and Deezer, it is definitely one of the tracks that gives fans a taste of the album and fits perfectly in the Decemberists catalog.

With previous album work such as the single “Make You Better” being described by listeners as ‘highly emotional’ and the overall What A Terrible World, What A Beautiful World album, being quite mesmerizing, fans continue to anticipate The Decemberists new inspirations that will bring this album to the next level. 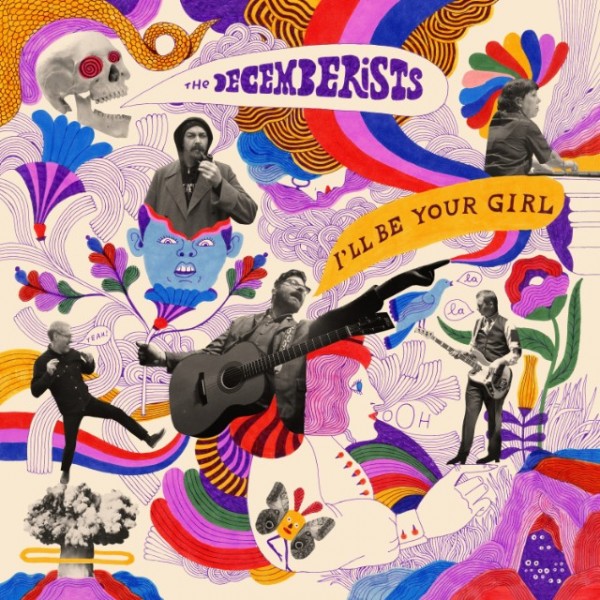 I’ll Be Your Girl tracklist: