The Velvet Underground will extend their 50th anniversary festivities into 2018 with a limited edition vinyl box set. The New-York based band formed in 1964, but didn’t release an album until 1967. Their debut album was titled, The Velvet Underground & Nico, and became one of the most iconic rock albums of all time. Although the avant-garde album, which featured the German singer Nico, was not well-received during its time, later on critics and fans alike began to realize how instrumental the album was in the rock world. It influenced the formation of many punk bands with its anti-conformist subject matter and nihilistic attitude.

The Velvet Underground & Nico (1967) will be one of six albums to be featured in the box set. The box set will also feature their studio albums White Light/White Heat (1968), The Velvet Underground (1969) and Loaded (1970). Nico’s debut album, Chelsea Girl (1967), which featured Lou Reed (vocals, guitar), John Cale (multi-instrumentalist) and Sterling Morrison (guitar), will also be a part of the box set. Lastly, but certainly not least, a reconstruction of The Velvet Underground’s lost 1969 LP will be featured in the box set. While some tracks from this “lost” album have been featured on outtakes on other albums, this will be the first time the tracks are on a vinyl release. All the albums are pressed into vinyl and presented on stereo.

The box set is due for a February 23rd release date. The box set, which will be limited to 1,000 copies, is available for preorder now. According to Rolling Stone, the box set comes equip with a 48 page booklet featuring a foreword written by one of the two surviving members of the group, Moe Tucker (drums). The booklet also features vintage photos of the band. 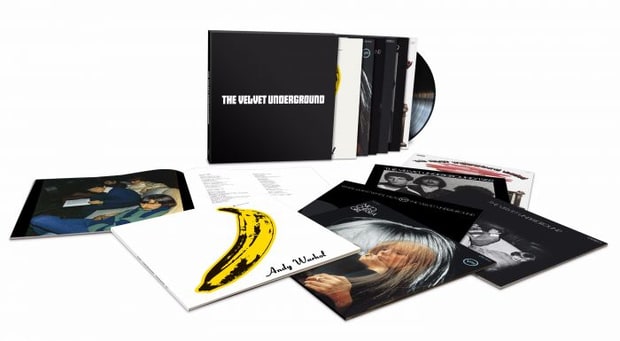