The heavy metal band, Stone Sour are in the midst of their European tour. The tour is in support of their latest album Hydrograd which was released earlier this summer. Once they wrap up that tour, they will head back to the states where they have just announced that they will begin a new set of tour dates that will lead them across North America.

According to Blabbermouth, the tour will begin early 2018 and include a co-headline tour with Halestorm and special performances by The Dead Deads. The run will begin in Abbotsford, British Columbia on January 27th and will move through Canada and the Northern U.S. before closing on February 18th in Indianapolis.

Hydrograd is the band’s sixth album and was released on June 3oth through Roadrunner Records. It already has some soon to be fan favorite hits such as “Rose Red Violent Blue,” “St. Marie,” and “Taipei Person/Allah Tea.” The album was recorded at Sphere Studios in North Hollywood, California with producer Jay Ruston, who has worked alongside Anthrax and Steel Panther.

Corey Taylor expressed to iHeartRadio about Hydrograd that it “is kind of a departure, but not really. To me, it’s more of an evolution. It’s taking everything that we’ve done on the last few albums, and really honing it down and turning that diversity into more cohesion and really finding the strength in the song to be able to express ourselves through all of these different genres that we’ve always dipped our toes in, whether it’s hard rock, or heavy, or metal, or just rock and roll, or straight-up punk, or even in one of the cases a bit of California country.”

Starting Wednesday, November 15th and going on November 16th, a special Blabbermouth.net pre-sale will occur. To access tickets before anyone, just type in the pre-sale code “rockstar” when prompted. Tickets for the general public will go on sale Friday, November 17th. 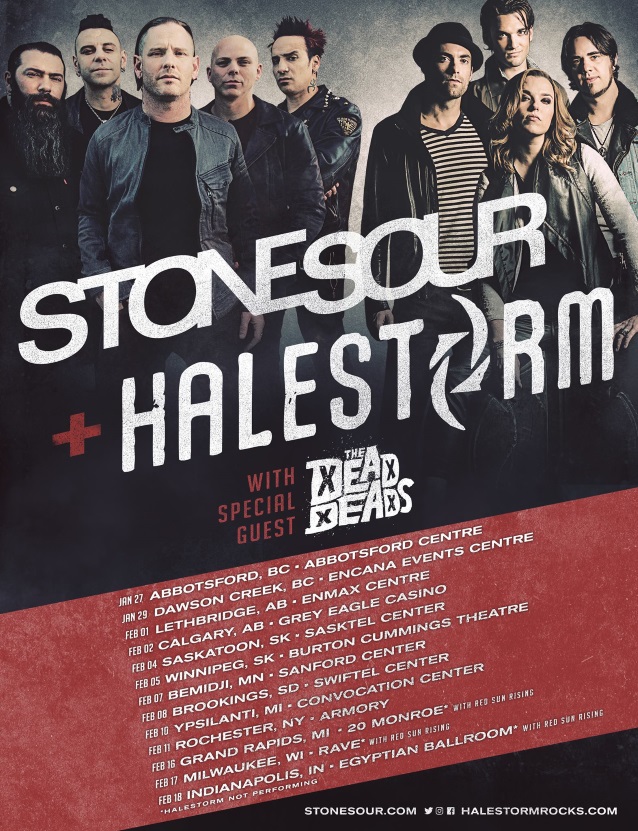