Though it’s technically a Statik Selektah tune, Run the Jewels are back with another killer outing with the new song “Put Jewels On It.” The two dynamic MCs join forces with the longtime Boston-based DJ for a song that is pure bombasticism. The song is pulled from the upcoming Statik Selektah album that is set for release on December 8, 2017 via Duck Down Music, Inc. Titled 8, it is logically the disc jockey’s eight full length studio album, following up the also logically-titled album Lucky 7 from 2016

In addition to this killer track, the album will feature guest appearances from other well known hip-hop artists such as 2Chainz, Action Bronson, G-Eazy, Joey Bada$$, Curren$y, Raekwon and even the late Prodigy of Mobb Deep. Fellow Bostonian Everlast will even make an appearance, joining B-Real of Cypress Hill and Prophets of Rage on the track “Shakem Up.”

Run the Jewels are currently on the tail end of their Run The World 2017 tour dates, with a few shows in the United Kingdom and France left on the schedule. During the tour the band hit some big festivals like FYF Fest in Los Angeles and The Meadows in Queens, NYC. And, in a bit of a bizarre match-up, they will be opening select dates for none other than New Zealand alternative pop sensation Lorde during her Winter 2018 tour. 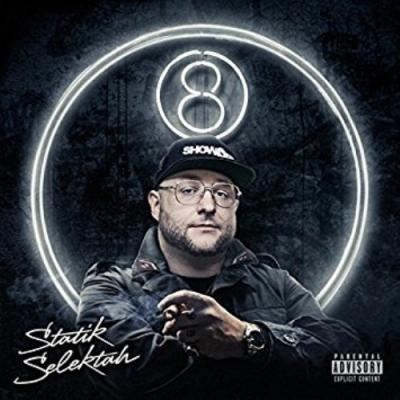