When it was first launched in 2012, the annual Decibel Magazine Tour has brought artists from around the universe who under different circumstances would never have the opportunity to tour North America together. The lineup for the upcoming year’s tour continues to hold up that tradition. The 2018 Decibel Magazine Tour has brought Norwegian progressive metal legends Enslaved alongside Pacific Northwest black metal legends Wolves In The Throne Room, Danish post-black band Myrkur and Khemmis to join the ride.

Guitarist and co-founder of Enslaved, Ivar Bjornson made a statement about the tour; “I have always wanted Enslaved to be part of the Decibel Tour concept. Not only is Decibel an institution, and defender of the last line of resistance for the printed metal mag in North America (for a band started in 1991, printed magazines are no small matter), but the Decibel Tour has also become an institution and an icon for metal that we admire here on the other side of the pond. So, to be asked to headline, and to perform with these other very fine artists, is a great honor and a great pleasure. Be there or be trapezoid!”

The 2017 year has brought new music from three of the acts gracing the stages for the tour. The three bands that released records this year to coincide with the Decibel tour includeEnslaved with their fourteenth full-length album, E; Wolves In The Throne Room with their sixth record, Thrice Woven; and Myrkur with their sophomore release of Mareridt.

Two of these acts, Wolves in the Throne and Myrkur both graced the cover of Decibel in 2017 while Khemmis got the honor of Decibel’s “Album of the year” for their Hunted release. The headliners for the 2018 tor will appear in the annual Decibel Tour issue of the magazine and that issue will hit stores February 2018 to coincide with the tour.

Tickets for the 2018 Decibel Magazine Tour will go on sale Friday, October 27th and can be purchased here. Pre-sale tickets will start Wednesday, October 25th. Scroll down below for all the dates and venues. 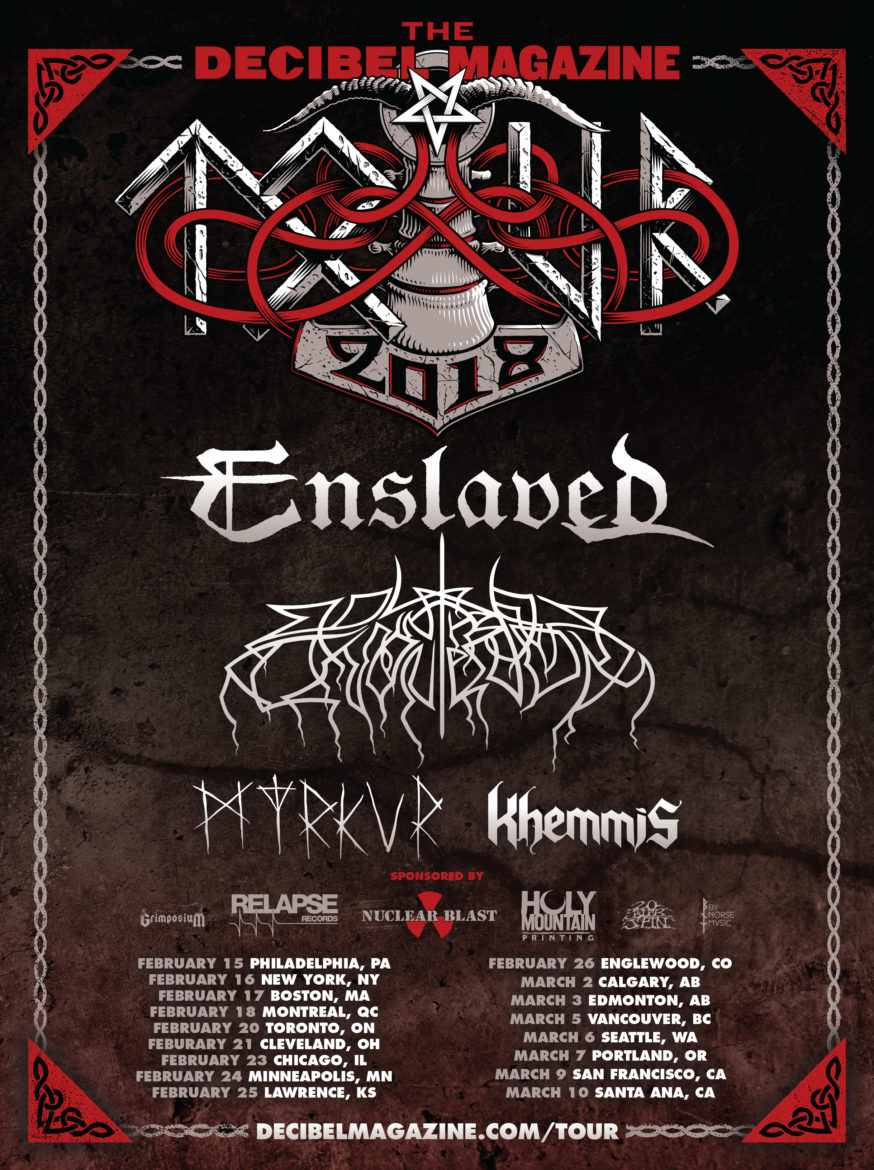