As reported by Pitchfork, psychedelic rockers King Gizzard and the Lizard Wizard have announced a new collaboration with the members of the psychedelic pop band Mild High Club, in the form of a new full-length record, Sketches of Brunswick East. After premiering it on a Facebook Live stream, the record was surprise released on ATO records and it marks the 3rd album King Gizzard and the Lizard Wizard have put out this year. For now, the album is only available on Bandcamp but it will me having a physical release this October.

As one might expect the record features an array of vintage sounds from Hammond organs to wispy, dreamlike vocals. Mild High Club brings their trippy vocal harmonies to the table, making for a bizarre combination of sounds: switching between pastoral, almost jazzy sections to atonal schizophrenic rock. Horns are also prominently featured on the record, giving some tracks the sound of a more stripped-down King Crimson style prog rock.

You can stream Sketches of Brunswick East in the player below: 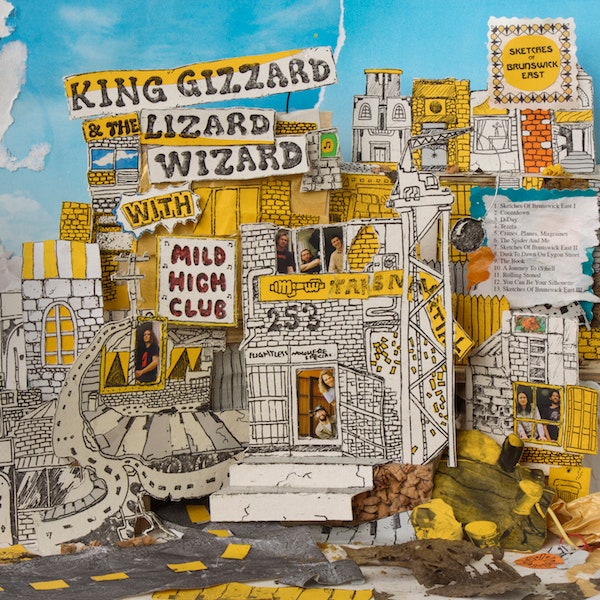