X Japan Announces We Are X Soundtrack For March 2017 Release

Following their recent documentary release Oscar Nominated X Japan has another huge release, its We are X Soundtrack which is set to release March 3, 2017. This new group of 14 tracks is a massive mix of studio and live recordings (some of which were record while filming the documentary on tour). The group even decided to offer unplugged versions showing the softer side of the heavy metal group (which isn’t much of reach since the band leader is a classically trained musician). According to Loudwire special for native Japanese fans the band is giving exclusive content in the former of two bonus recordings as well. 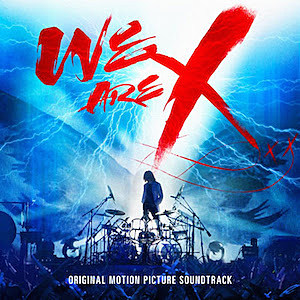 The release of this soundtrack is following the feature film We Are X the documentary which premiered last week at Sundance and can now be seen in select theaters around the U.S. To pre-order the We Are X Soundtrack visit Amazon now.

X Japan, We Are X Soundtrack: