Boston-based record label Get Down On will reissue the classic UGK and Outkast collaboration “Int’l Players Anthem (I Choose You)” this coming Black Friday, with a huge bonus. The special edition vinyl will be pressed in the shape of Texas, UGK’s home state.

The novelty pressing’s B-side will feature the track’s instrumental version. In addition to the Int’l Players Anthem (I Choose You)” pressing, Get Down On will release the first ever vinyl pressing of James Brown’s Funky People (Part 3) and a special 2LP pressing of Jungle Brothers’ Done By the Forces of Nature.

“International Player’s Anthem (I Choose You)” is the second single off UGK’s fifth and second-to-last album, Underground Kingz. Pimp-C died shortly after the track’s release.

The living vocal contributors on “Int’l Players Anthem (I Choose You)” have each been busy in 2016.

Andre 3000, who still has yet to issue a solo LP since leaving Outkast, has featured on many albums, including notable turns on Frank Ocean’s Blonde and Kanye West’s The Life of Pablo.

Big Boi released a collaborative album with Phantogram as “Big Grams” in 2015, and toured throughout 2016 with the group. The two Outkast members also reunited for the first time since 2013 earlier this year.

Bun B is set to headline the A3C Festival later this year. 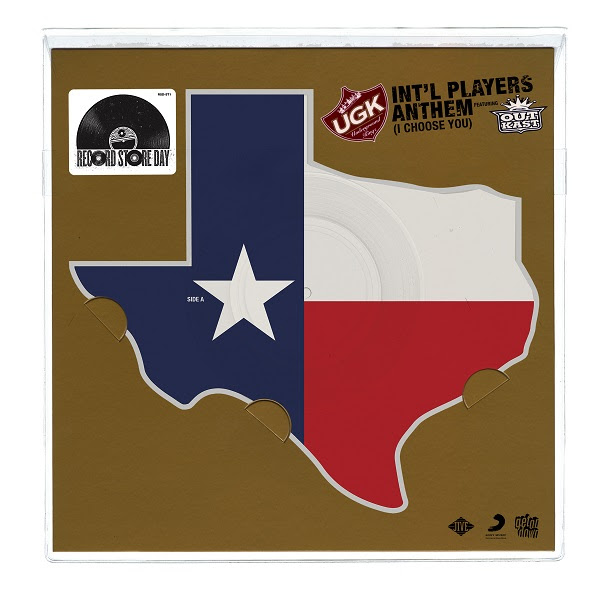