The acclaimed Roots Festival will make its way to New York this October (1 & 2) in Bryant Park.

The Roots will be featured throughout. On day 1 they will serve as the headliners, with special guests D’Angelo and John Mayer. Day to has been dubbed “A love letter to NYC” and will feature live performances from New York acts Wu Tang Clan, David Byrne, Nile Rodgers, and some surprise guests, all backed by Nile Rodgers. Swizz Beatz, X Ambassadors, Trombone Story, Kevin Gates, Deerhoof, Echosmith, Jermih, and DJ Jazzy Jeff are additionally slotted to play. Check out the full festival lineup below. 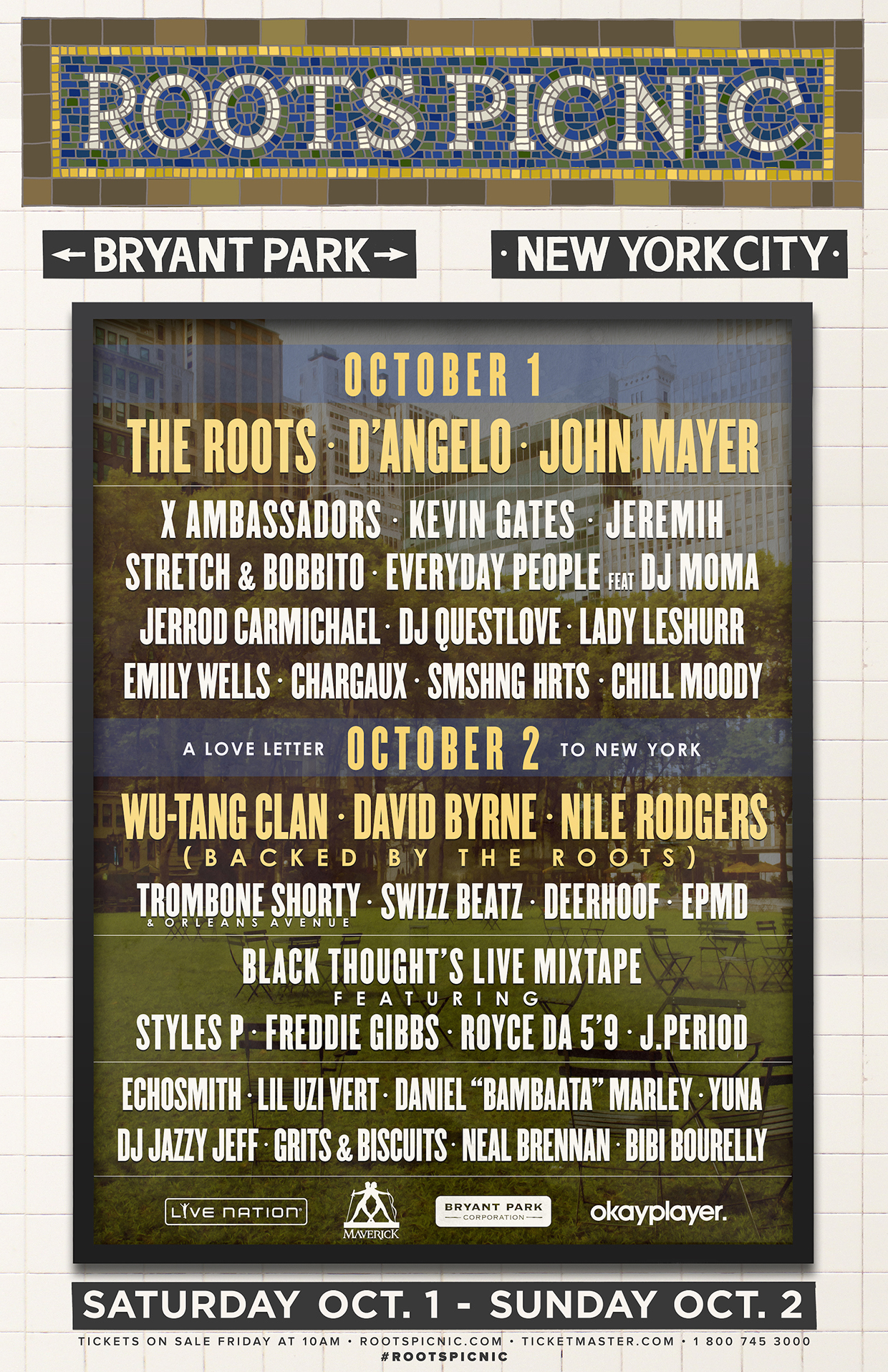 The festival is only one of many live performances The Roots have planned for New York City this summer. The band will headline Lowdown Hudson Festival in July with Drive-By Truckers have planned a number of other live events throughout the summer. Fans can always catch them as the house band of The Tonight Band with Jammy Fallon.

The event in New York has been in planning for some time. Stacy George, Livenation VP of Booking made a public statement.

“Bringing Roots Picnic to New York City is a project we have been working on for the last 2 ½ years. We needed to find the perfect moment and setting to host such a unique event and we wouldn’t have been able to without amazing partners in Bryant Park and The Roots”

*Backed by The Roots