Singer-songwriters Jherek Bischoff and Amanda Palmer are celebrating the lasting inspiration and influence of Prince with today’s release of a powerful new string quartet rendition of “Purple Rain.” The track which opens with the riff from another Prince track “Lets Go Crazy” was recorded last month in both Los Angeles and Hudson, NY shortly after Prince’s tragic and untimely death.

“When our heroes die, we feel our own deaths coming down the pike,” says Palmer. “We didn’t expect to spend our winter and spring on these projects, but there is something unsettlingly beautiful about paying homage to Bowie and then, just a few months later, Prince. Rushing to the music itself and throwing ourselves into the recreating of the songs has proven to be not only therapeutic for us, but for our fans. We all know that we won’t stick around forever, and art and music – mine, Jherek’s, Prince’s, Bowie’s – is the glue that keeps us all connected beyond the terror of our own mortality. We will all die, but we’ll be survived by all the songs we ever passed along.”

“Amanda and I had recently made the EP of David Bowie covers,” Bischoff says, “and when Prince passed away, we went back and forth about whether we should make something. We knew in our hearts that we wanted to, but it seemed like a bit much, so soon after the Bowie record. But losing Prince was just too much. Losing them both, just too much. Making the Bowie record had been so extremely therapeutic for us, and getting deep into those songs was such an intense and beautiful experience. It was no different working on this. It just gave me an even deeper love of one of the greatest musicians ever to walk this earth.”

The track can be found on Palmer’s official Bandcamp page. The track can be purchased for a minimum donation of $1. All proceeds will go to the Elevate Hope Foundation, a music and arts therapy program for abused and abandoned children co-founded by Sheila E. and long supported by Prince. 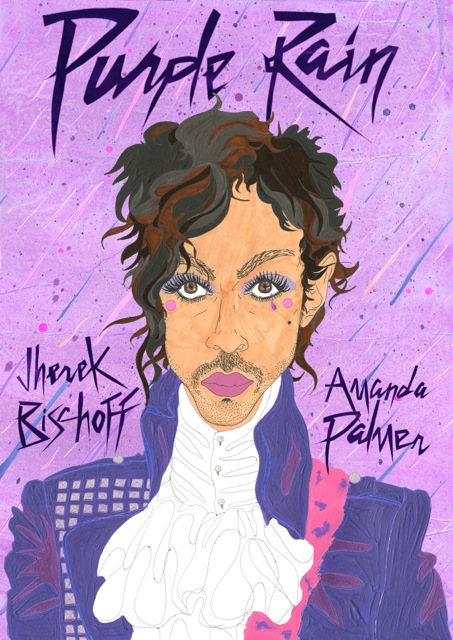