It was recently announced that German political-journalist-turned musician/singer Anika would be fronting a new band by the name of Exploded View and that the four piece would be signed to Sacred Bones Records.

Today the band have announced their self titled debut album, which will be out August 17th and have shared the single “Orlando.”

While previous material from the band has been more along the lines of post-punk/no wave with heavy distorted guitars layered among Anika’s ominous drone, Orlando is different and shows that the band has a bit of range in them. The track immediately sends chills down the spine with it’s spooky vintage sounding synths and deep guitar riffs coupled with a fast, relentless beat.

Anika’s drone still dominates the track, as if she is trying to hypnotize the listener with her voice. It is a perfect compliment to the dark and ethereal sound that this band has seemed to form in very little time. The simplicity of it all is apparent throughout yet the harmony that the members seem to have in the songwriting process is unmistakable.

On writing, Anika says: “Well, that day I was speechless and empty; a reflection of the times. I became a vessel for the past; the only way to deal with or help understand the present. Enlightenment came with the help of some strong leading ladies; A certain author, a certain film and a certain actress. Go figure.”

Check out the album art and tracklist below, as well as some of the band’s upcoming tour dates. 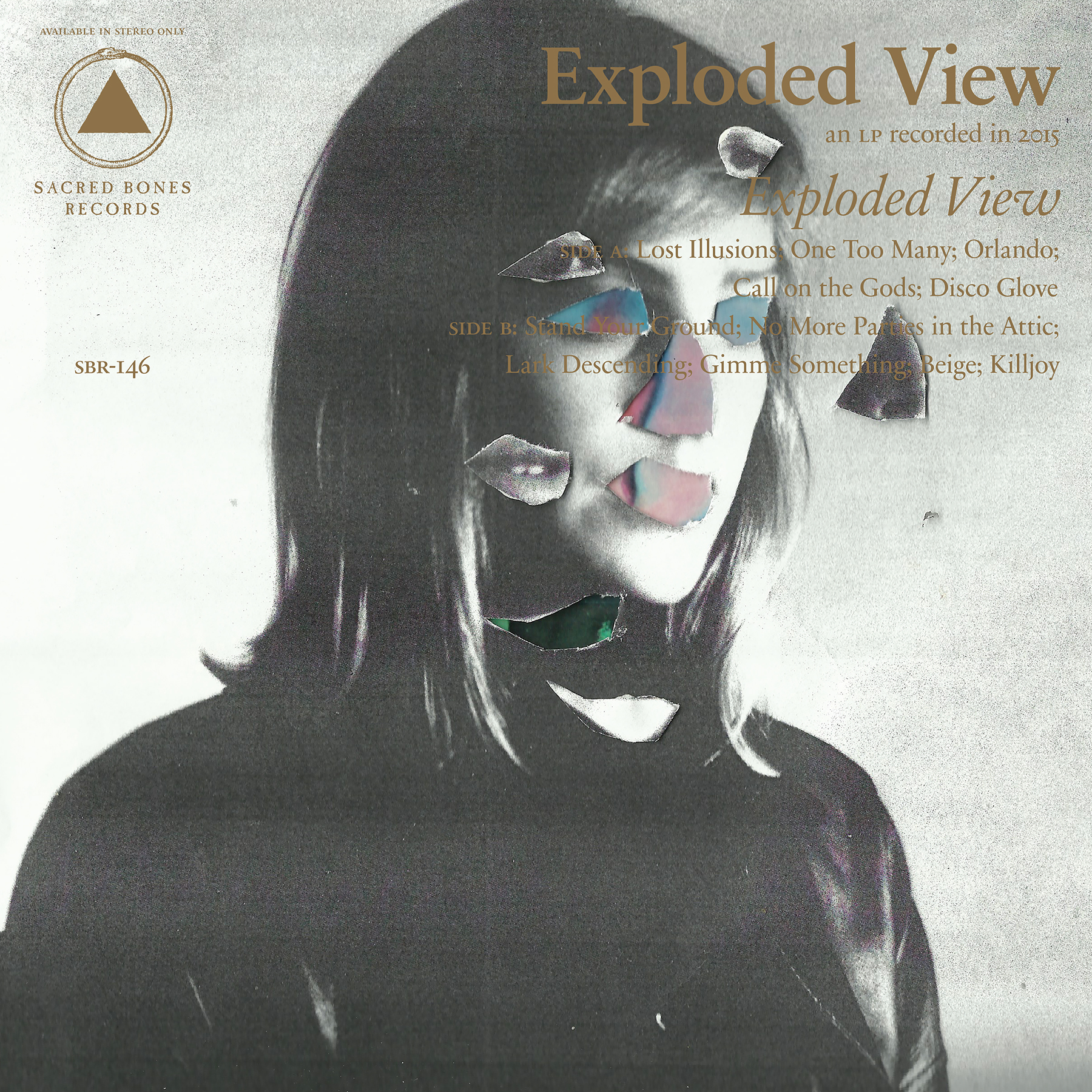 ‘Exploded View’ Self Titled debut LP track list:
Lost Illusions
One Too Many
Orlando
Call On The Gods
Disco Glove
Stand Your Ground
No More Parties In The Attic (mp3)
Lark Descending
Gimme Something
Beige
Killjoy