Kim Talon of the bands Eagle & Talon and JAN has teamed up with both Lee Ranaldo and Steve Shelley of Sonic Youth, as well as Melina Holm to form the band Kino Kimino. The group has also announced the release of a new album.

Kino Kimino has just announced the release of a new album titled, Bait is for Sissies. The album was produced by John Agnello and recorded at Sonic Youth’s Echo Canyon West studio due to the courtesy of Lee Ranaldo and Steve Shelley, both part of Sonic Youth and Kino Kimino. The album’s full track list can be seen below. Bait is for Sissies is set to be released on January 3, according to the album’s Amazon listing. The group has released the album’s first single “Passion” and the album art, both can be seen below. 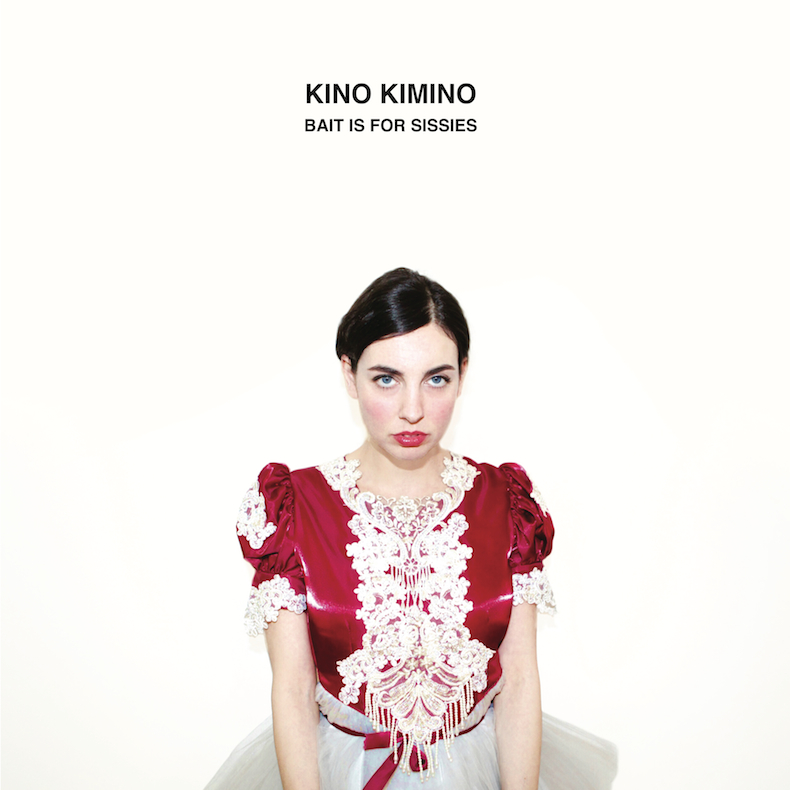 According to Pitchfork, Kino Kimino is a relatively new group that consists of various experienced musicians such as the aforementioned Ranaldo and Shelley but also Melinda Holm on bass. The group is led by Kim Talon of Eagle & Talon and of JAN. Since their start the band has received great reviews for their work, Noisey has said the band has, “Just enough noisy, riot grrl-flecked angst to make it the perfect soundtrack for stomping the shit out of some fallen foliage.” While Pure Volume said the group has “a sound that recalls game changers like Sleater-Kinney and Dirty Projectors, as well as a distinct indie mentality that relies on DIY aesthetics, dirty guitars and rough, melodic vocals,” both via the bands website.

Bait Is for Sissies Tracklist: