Photo Credit: Sharon Alagna
Garbage have just emerged from their hiatus since 2012 and continue the trend with a new album titled, Strange Little Birds.

The ‘90s were full of great music with some of the most iconic sounds to ever hit the music world that would change things forever. One of the very talented bands to spring out of this time were Garbage, an alternative rock-pop band from Wisconsin with a Scottish lead singer. Since their break out in 1993, the band has recorded 5 studio albums and were making steady music up until 2005 when they went on a hiatus from all things music. The hiatus ended back in 2012 as the group released their fifth album, Not Your Kind Of People. Well, being in the studio again must have felt pretty good because Garbage is continuing with the announcement of their sixth album titled Strange Little Birds, according to Stereogum. Album art can be seen below. 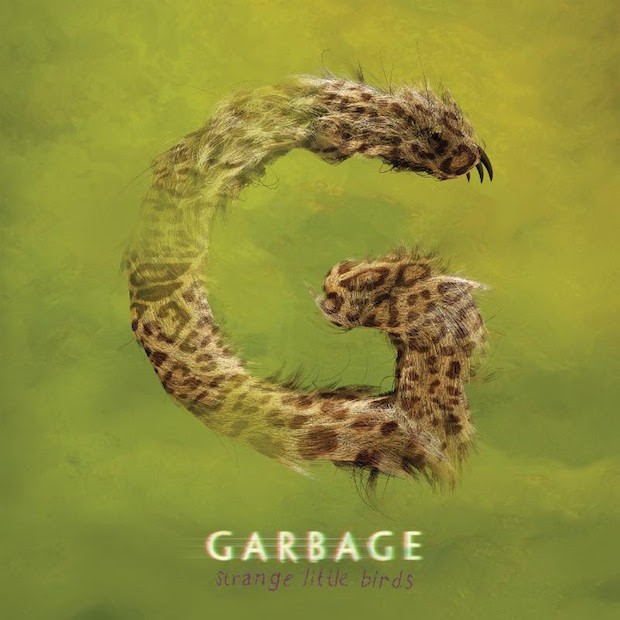 The album was produced by themselves and is due out on June 10 via the band’s own STUNVOLUME label. According to a press release the band drew their inspiration for the album from a variety of different sources including recent fan letters, older albums they loved growing up and all their experience thus far.

“The guiding principle was keeping it fresh, and relying on instinct both lyrically and musically”, said frontwoman Shirley Manson. Strange Little Birds is “less fussed over” than anything Garbage has ever made. “We fell in love with immediacy,” adds Butch Vig.

The new album is said to have hints of their original sound on their 1995 self titled debut album.

To me, this record, funnily enough, has the most to do with the first record than any of the previous records,” she says. “It’s getting back to that beginner’s headspace.” “In part,” she says, that’s a result of not having anyone to answer to.”

In celebration of the new album and their love of still doing what they do after more than 20 years, Garbage will be headlining shows across Europe over the summer. See below for a list of confirmed dates with many more dates to come. Also, see below for a full track list of the new album.