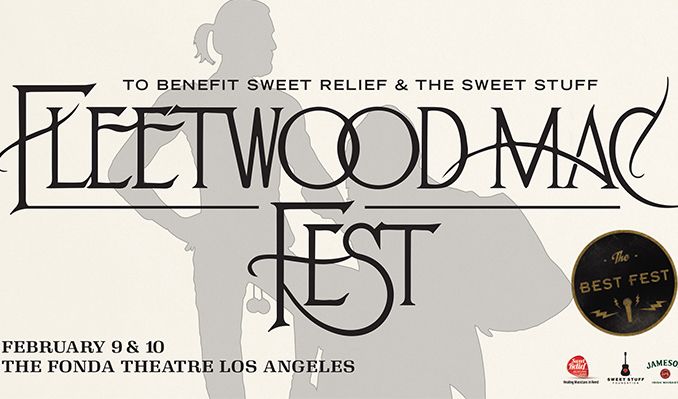 The Best Fest has announced a celebration of Fleetwood Mac music featuring an all star lineup to benefit the Sweet Relief and Sweet Stuff foundations on February 9 and 10 at the Fonda Theatre.

Ticket Sale Proceeds from the Fleetwood Mac Fest go to Sweet Relief and The Sweet Stuff, two organizations dedicated to helping musicians and their families during periods of illness and disability.

The Best Fest is a festival that brings together musicians and comedians to celebrate music icons. The Fest started ten years ago to celebrate Bob Dylan’s birthday and has continued to grow ever since, being hosted in different cities each time. This time they are celebrating Fleetwood Mac, which has sold more than 100 million records worldwide, making them one of the best-selling bands of all time. Be sure to catch this once in a lifetime lineup that will celebrate one of the best!