Are you ready? After three consecutive sellouts, Monster Energy Fort Rock is expanding to two days. On Saturday, April 30 and Sunday, May 1, 2016, the music festival will feature the return of heavy metal band Disturbed after a four year hiatus and performances from Rob Zombie, Shinedown, Five Finger Death Punch, A Day To Remember, Bring Me The Horizon, Megadeth, 3 Doors Down, Sixx:A.M., Lamb Of God and more. 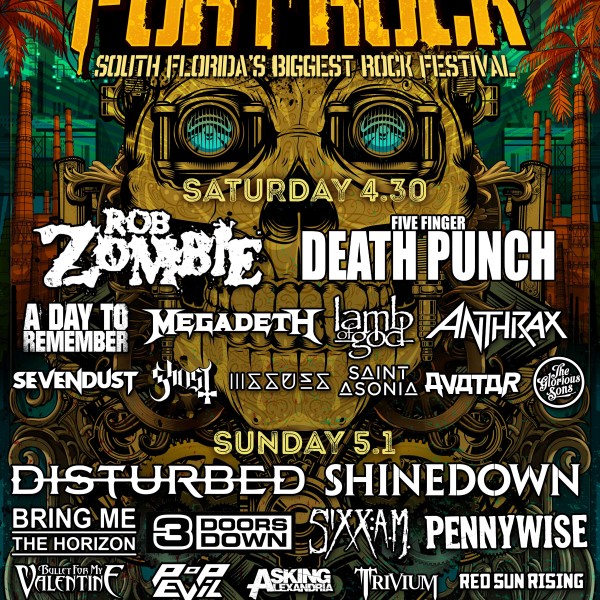 We’ve doubled down with the biggest Fort Rock to date. Fort Myers’ hunger for rock continues to grow and our show has expanded to meet that demand. We look forward to bringing this amazing lineup to South Florida in 2016.

Disturbed, who last performed in the 2011 Rockstar Energy Drink Mayhem Festival, announced that they will perform in the largest German music festival Rock Am Ring, which spans three days and attracts worldwide acclaim for its unique variety of headliners, from heavy metal to rock. Disturbed and other bands will also perform at the Monster Energy Welcome to Rockville music festival.