Santigold has announced a new album, 99¢, set to release in early 2016. She announced the album and a new song on Zane Lowe’s Beats 1 show.

99¢ is a follow up from her last album, Master of My Make-Believe, in 2012. The album cover art and premiered song, “Can’t Get Enough of Myself” are posted below. 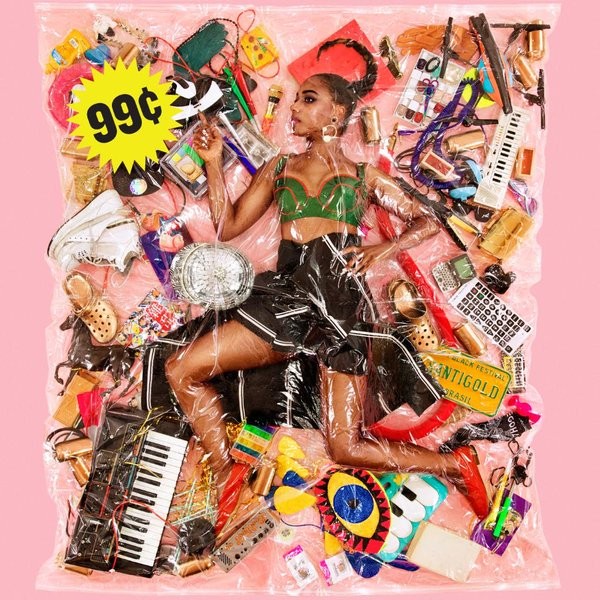 “Everything is a product at this point including people and relationships,” she told Lowe on Beats 1. “Everything is about marketing products — I’m a product. And everything is undervalued, you know? So I thought 99 cents was a good price for me and my life and all my hard work.”

According to Pitchfork, Santigold also filmed a video with iLoveMakonnen at the Made In America festival a few months ago. She also performed at an elementary school in New Orleans in October and provided the song “Radio” to the movie Paper Towns.

According to Consequence of Sound, Santigold has pushed back the release of her album to February 26th.