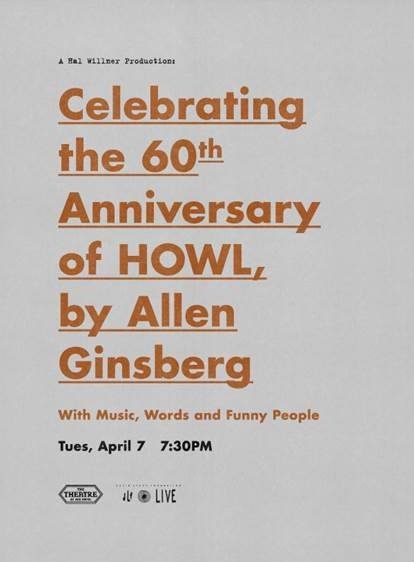 In celebration of the 60th anniversary of Allen Ginsberg’s “Howl,” Nick Cave, Chris Parnell, Eric Mingus, Terry Adams of NRBQ and more will come together to create an all-star lineup to benefit The David Lynch Foundation on April 7 at the Theatre at the Ace Hotel in Los Angeles. The benefit is presented by DLF Live and Produced by with acclaimed producer Hal Willner. All proceeds benefit the non-profit foundation to bring transcendental meditation to at-risk populations suffering with PTSD.

DLF Live has used the power of music since its formation in late 2013 to bring awareness to at-risk populations. In the past, it had shows featuring Ringo Starr, Dixie Chicks, Jack White, Rick Rubin, Peter Frampton and many more. The performance is directed by Matt Piedmont with production supervision by Rachel Fox. The show is sure to sell out fast so don’t miss your chance!