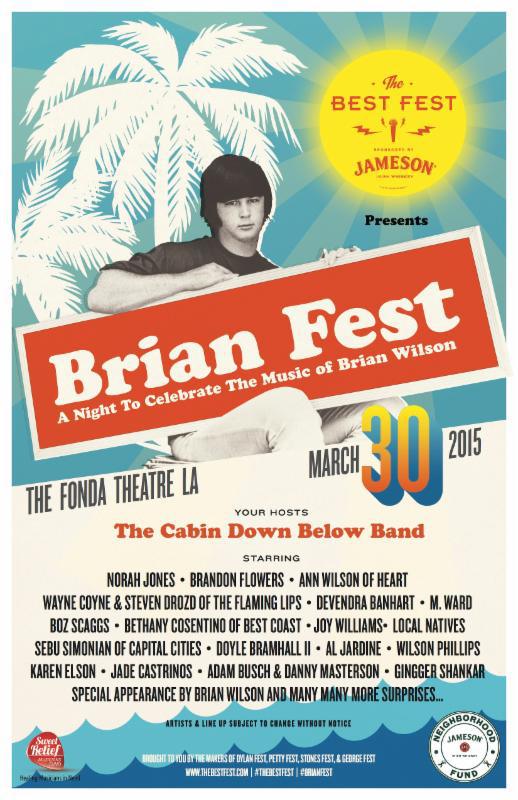 Beach Boys singer-songwriter Brian Wilson will be honored by an all-star lineup in anticipation of his new album No Pier Pressure at the Fonda Theatre. All proceeds will go to benefit the Sweet Relief Musicians Fund. The evening’s performance, titled “Brian Fest: A Night to Celebrate the Music of Brian Wilson,” will feature special appearances by Norah Jones, Brandon Flowers, Ann Wilson of Heart, Wayne Coyne, Steve Drozd of The Flaming Lips and many more.

In the early 60s’ Wilson formed The Beach Boys with his two younger brothers, cousin and school friend. Wilson would eventually write or co-write more than two dozen Top 40 hits for the group. He is often cited as one of the most innovative and influential creative forces in popular music.

Wilson’s No Pier Pressure will feature 13 songs and guest performances by Sebu Simonian, Kacey Musgraves, Zooey Deschanel of She & Him, and Nate Ruess of Fun. The album will also feature Beach Boys members Al Jardine and David Marks and former group member Blondie Chaplin. The record is coming out April 7th via Capitol Records.