Twin Shadow is the now well known stage of George Lewis Jr. After a beautiful first album, produced by Chris Taylor of Grizzly Bear, George has taken things into his own hands with Sophmore album confess released this year. It was apparently inspired by a motorcycle accident in Boston. Haunted sweet synth, and poetic lyrics, Twin Shadow is a great listen. Cleary, they also put on a great live show to boot, as this show was added as a second night, and has also sold out just as the first. If you’re lucky enough to have grabbed a ticket, or have a really great hookup, it seems that it’s going to be a very good night filled with a lot of great new music.

Check out Niki & The Dove here. 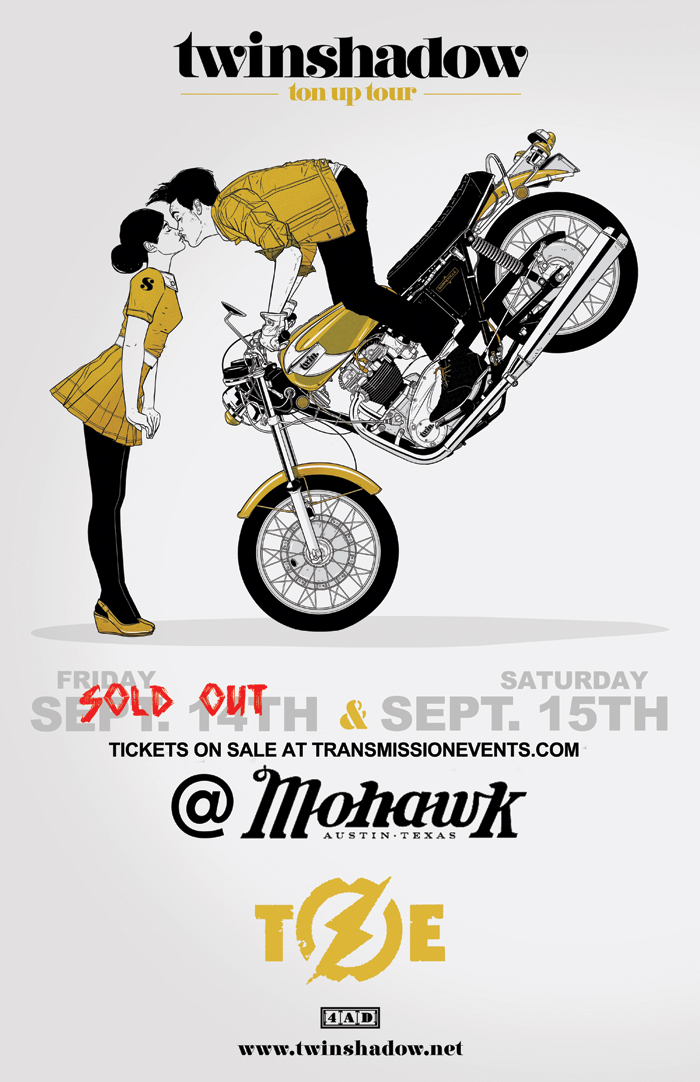