FM 94.9 has just announced the details surrounding their Independence Jam Festival 2012 and the lineup is off the charts.  If you are looking for an opportunity to catch Fiona Apple, Best Coast, Oberhofer, Father John Misty, Gardens & Villa, Mrs. Magician and Pinback at one single festival, surely Independence Jam is for you.  More details after the jump. 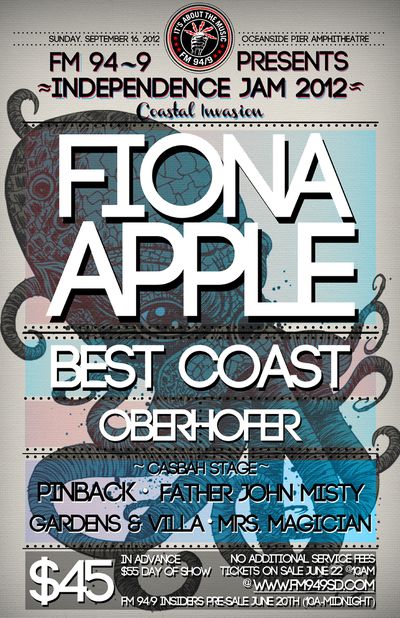 Tickets for Independence Jam Festival 2012 go on sale June 22 at FM 94.9’s website.  The festival is set to take place Sunday, September 16 at Oceanside Pier Plaza Amphitheatre in Camp Pendleton, CA.  Check out the lineup separated by stage below.