Daft Punk’s Thomas Bangalter proved he had a handle on the sci-fi genre with his Tron: Legacy score, but now he’s onto something quite different. His newest creative endeavor will take his talents to the seascape with First Point, a short film starring Lindsay Lohan as a surfer. 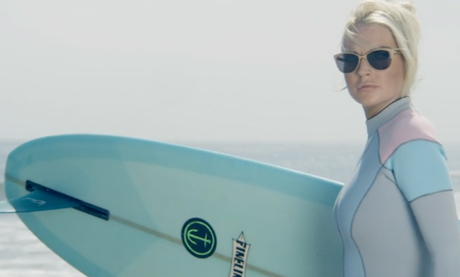 Director Richard Philips told ABCNews.com, “It’s not fashion photography, it’s not mainstream film.”  Just this past Monday, the five-minute short film premiered at Switzerland’s Art Basel fair.  From the teaser, it appears that Bangalter’s mood in First Point will be somber. And before you start wondering when Lohan got so good at surfing, it’s probably worth mentioning that surfer Kassia Meador serves as Lohan’s stunt double in the film.