English band Fujiya & Miyagi are making a quick turnaround with the follow-up to their album Ventriloquizzing, which came out in January of this year. Different Blades From The Same Pair Of Scissors clocks in at 37 minutes and is now available through Strange Tongues, the band’s own label.

Among the new tunes is the track “Sick and Tired,” which has been a live favorite at the band’s shows. “Chichikov” is available as a free download here. 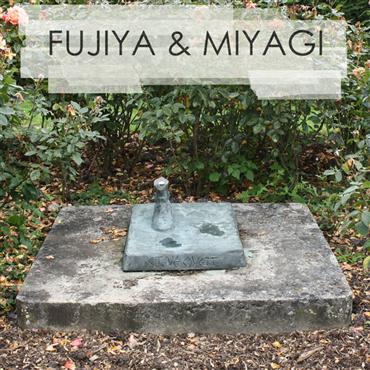 “The piece starts with David’s breathing sounds synthesized, amplified as if heard through a filter inside his head. A subtle beat comprising of knuckle cracks and knee creaks floats in the background as if the music is limbering up ready to run meanwhile the synths are building and holding the focus of the music ahead,” said bassist Matthew Hainsby of the recording and writing process. “We were very conscious of the need to push the tempos as the piece progresses and we tried to make this sound as natural as possible to give the finished piece an arc that reflected the brief of a runner’s journey/experience/pain.”

Synth man Steve Lewis embellished, explaining that the band had to work around guidelines set by Nike. The company initially commissioned a running track from the band for their running series.

“Each part of the recording had a specific time restraint laid out in the brief. The restrictions enabled us to approach the music writing in a different way with less emphasis on traditional song structures and more emphasis on the rhythm.”