Underground hip-hop veteran MF DOOM released his debut album, 1999’s OPERATION: DOOMSDAY, and this spring DOOM’s own Metalface Records will release the “first complete and remastered version” of OPERATION: DOOMSDAY. The 51-track reissue will include the original album, alternate versions, b-sides and instrumentals, “10 Operation Doomsday MC cards,” and new artwork drawn up by Jason Jagel and Jeff Jank, who did the art for DOOM’s 2004 LP Mm..FOOD?. The two-CD version will come packaged in a metal lunch box, and the four-CD version will be in a metal canister. 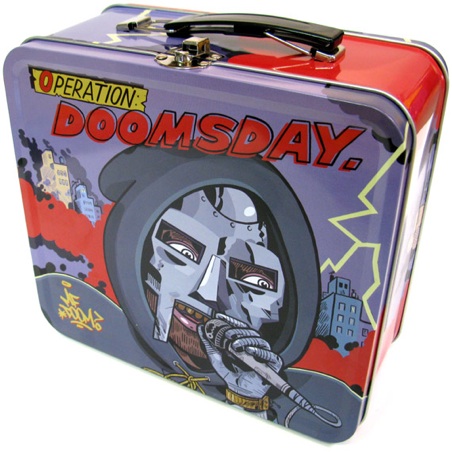 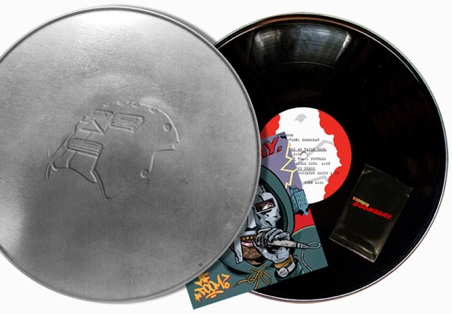