“Ventriloquizzing,” Fujiya & Miyagi’s fourth album, has the four-piece band returning with a renewed sense of purpose.

Thom Monahan, known for his work with Vetiver, Au Revoir Simone, and Devendra banhart, produced the album. Analogue synths and a new raft of influences from acts such as Northern Soul and Bob Dylan are reflected in the album. “Sixteen Shades of Black & Blue,” and “OK and Universe” both feature Becky Stark’s atmospheric vocals. The lyrics, full of twisted humor and dark couplets, take on a life of their own. 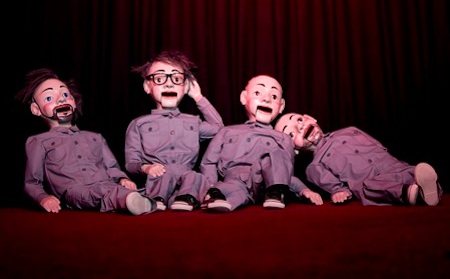 The latest from Fujiya & Miyagi

The album will be released Jan. 25th on Yep Roc Records.