Japan’s Boom Boom Satellites have been masterfully combining electronic music with rock and punk since 1997, and now that the band’s released a greatest hits collection and embarked on a US tour for the fall, we felt it was time to highlight this sometimes overlooked band and give them their just dues. 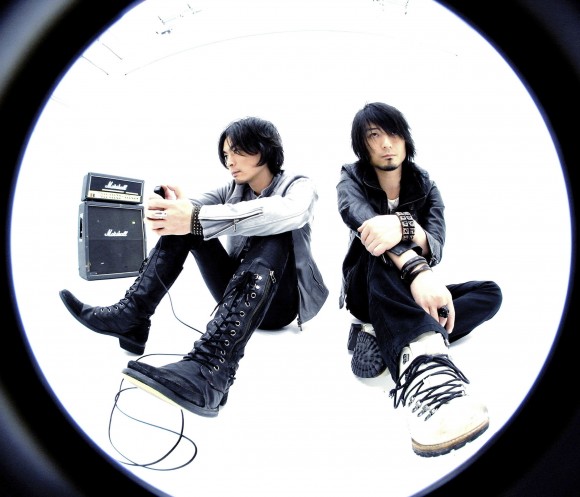 Boom Boom have been compared to everyone from The Chemical Brothers to The Prodigy to Underworld, and the band possesses qualities of all those bands and more. Formed in 1990, the duo of bassist/programmer Masayuki Nakano and guitarist/vocalist Michiyuki Kawashima set out to prove that it was possible to combine rock and punk elements with electronic dance music, and they haven’t looked back. First hitting big in Europe in 1997, the band next toured the US with Moby and released their first album Out Loud in 1998.

The new millennium saw two Japan-only BBS albums, 2001’s Umbra and 2002’s Photon, performances at Japan’s Fuji Rock Fest, and a song handpicked by none other than Oliver Stone for the film “Yamakashi.”

Since we last covered them in our review for their 2005 album Full of Elevating Pleasures, Boom Boom have released three albums – 2006’s Exposed, 2007’s ON, and most recently, 2010’s To the Loveless. The band has also been featured in or scored a number of anime films and television shows. Most Americans have actually heard Boom Boom Satellites without realizing it – their song “Scatterin’ Monkey” was featured in the blockbuster 2008 Batman film “The Dark Knight.”

Over and Over
Only four months removed from the release of their excellent new LP To the Loveless, Boom Boom Satellites have another record – their new greatest hits collection Over and Over.

Remixed and remastered by the band, Over and Over was released digitally on September 14th, and hit stores October 19th on Sony Independent Network. The collection features six songs previously unavailable in the U.S.

The tracklist for Over and Over, accompanied by what album the track is pulled from, is as follows:

Download Over and over opener and highlight “Kick It Out” below!

Boom Boom Satellites – Kick It Out

US Tour
In support of Over and Over, BBS have been touring the US through October. The tour not only features shows but two in-store signings as well.

If you’re curious what the Boom Boom Satellites live experience is like, look no further than this 45-second clip of “Kick It Out” to get an idea of the awesome mayhem that ensues:

Special In-store Signings at Giant Robot LA & SF
CDs for these events will be bundled with a special BBS muffler towel!