Karnivool/Fair To Midland: Live at The Troubadour April 17, 2010

A kind of Aussie influx converged for the evening’s support act at The Troubadour in West Hollywood on Saturday night. With the venue packed to the rafters, Australian band Karnivool blasted their way through a brief but memorable set. Setting out with the slow-started “Simple Boy,” the band proceeded to give the fans everything they wanted, playing a few hits from their 2009 LP Sound Awake. The set culminated with a resounding sing-a-long from the audience to fan favorite “C.O.T.E” from their 2005 debut, Themata.

During the interval between Karnivool’s climax and the onset of main act Fair To Midland, a fair percentage of the audience (in all likelihood part of Los Angeles’ Australian diaspora) deserted the venue. Unperturbed, the Texas rockers, signed to Serj Tankian’s Serjical Strike record label, treated the remaining audience to a fiery rendition of hits from across their repertoire. New live favourite “Rikki Tikki Tavi” proved particularly popular with the local fans, and frontman Darroh Sudderth put on a memorable display well worth sticking round for.

The two bands were battling the weekend’s other musical treat, a certain desert-based festival a few miles away, and an audience member’s cry of “f*ck Coachella” certainly echoed the sentiments of those present. Regardless of who stuck around for whom, both sets of fans left the venue sweaty and pleased, with any neutrals certainly being the evening’s winners. 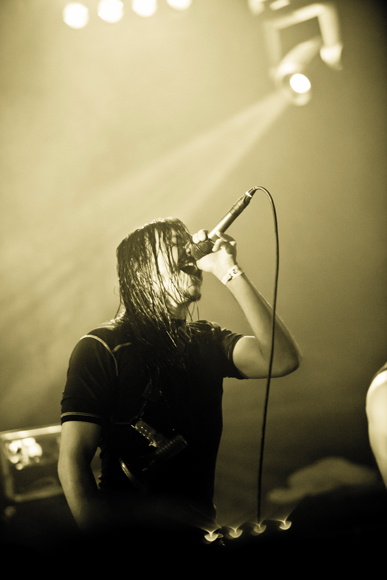