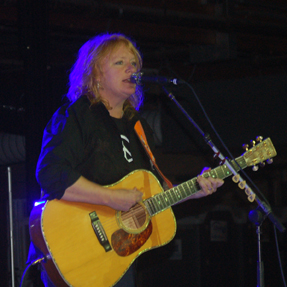 Perez Hilton, now popular enough even in his own statue to hold an insane party of his own, took hold of the same venue the C3/Playboy party did just two nights earlier. Word of another unbelievable surprise at 8:00 p.m. sharp were all over the city with rumors claiming it was everyone from Katy Perry to Motley Crue. No, in fact, it was the Indigo Girls, a let down compared to the hype. Hilton introduced them (wearing a pink hat echoing Aretha Frank’s crown from the Barack Obama inauguration) proclaiming he had attended every Lilith Fair during its short run in the 90’s and claiming he was a huge fan. The two-person version of the group was quaint at best, constantly plugging their upcoming album. Their harmonies were solid, but all-in-all, just not a group up to the caliber of everything else going on at SXSW this year. Not every show can be Metallica or Jane’s Addiction folks. The real surprise would showed up much later…. 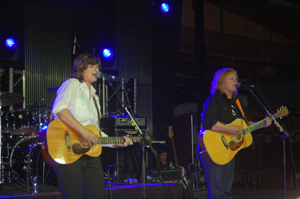 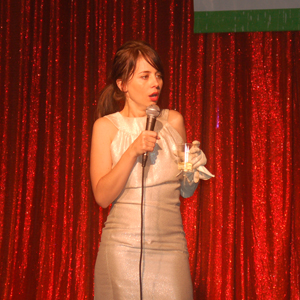 For a change of pace, there’s also dozens of top-tier comedians at SXSW. One such showcase featured the likes of Janeane Garofolo, Todd Barry, Marc Maron and at this moment, Eugene Mirman. Seen most recently on the hit HBO show Flight of the Conchords starring the band of the same name, Mirman’s comedy is as expected, offbeat with a delivery that is both natural and inviting. He explained how he felt there were three types of bands at SXSW: bands that he thought were pretty good, bands that he didn’t care for and bands that were “mad at quiet.” He also delved into the look of festival-goers, adorned with scarves and tall boots, he referred to them as “1,000 tiny Aerosmith’s,” pondering whether that was the original intended name for the festival, but that the organizers just opted for “a bunch of directions instead.” 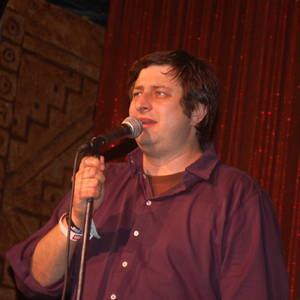 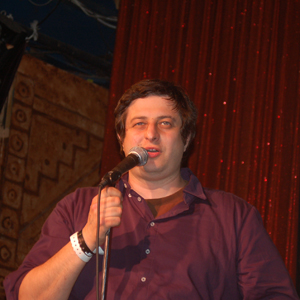 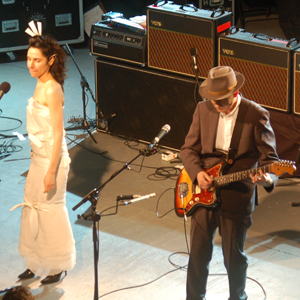 Hearkening back to PJ Harvey’s earlier career, her set with frequent collaborator John Parish–partner on upcoming album A Woman A Man Walked By–was odd in a playful, exciting way. Wearing a full white flamenco dress and singing primarily in a operatic falsetto, Polly Jean slithered and shook through a set mixed between the duo’s earlier record Dance Hall at Louise Point and the soon-to-be-released A Woman A Man Walked By. While Parish predominantly played guitar quietly, Harvey seared with a siren wail, “He used to make me pray” on “Taut” and screamed with passion “I will not” repeatedly on “Pig Will Not.” Fans of the newer, quieter and more somber material from Harvey might find her work here a little too eclectic for their tastes, but longtime fans will find this familiar and comforting territory. 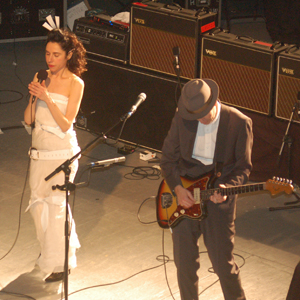 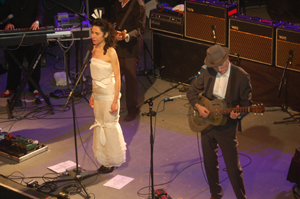 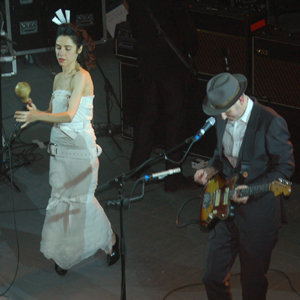 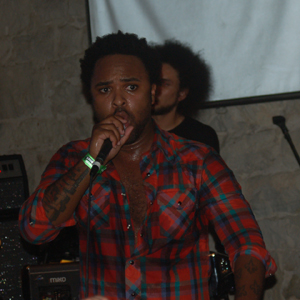 Brothers Kentrell and Alvin Lindsey of The Knux, performing as Krispy Kream and Rah Al Millio respectively, rocked Vice as the last day of SXSW inched towards its finish. Like The Cool Kids, The Knux seem determined to bring back the old school hip hop sound. Adding live drums and a backing electric guitar player, the brothers led the packed house in chants of “ride the train” and “I need a fresh cappucino with a mocha twist.” And beyond call-and-response chants, the duo jammed with a exuberant funk-style, evoking the early inspired days of Outkast. Like B.o.B on day one, the live instrumentation helped tremendously, allowing the duo to have a more natural backdrop to react against, pushing the music as far away from hip-hop karaoke as conceivably possible. 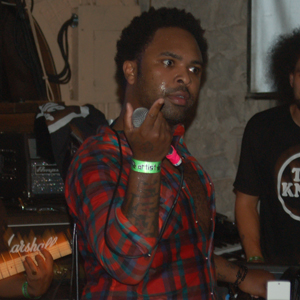 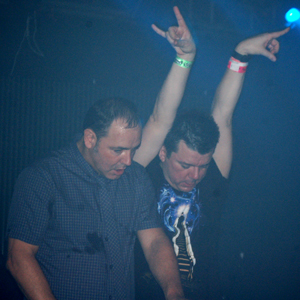 90’s big beat group The Crystal Method also took up the opportunity to make several high-profile appearances in preparation for deploying a long in-the-making new album. On this final night, playing the penultimate slot at La Zona Rosa to as large a crowd as Tori Amos did just days earlier, the quiet ambience of that night was replaced by frenetic dancing and a barrage of flashing lights. Dropping in a crowd-pleasing remix of Smashing Pumpkins classic “Zero” that lyrically, intelligently only used the pre-chorus question, “Wanna go for a ride?” before thumping the beat back in. As Ken Jordan and Scott Kirkland mutated the melody through a series of house segments, evidence of their early hit “Busy Child” started to creep in, building into a crowd-pleasing finale. If this was any indication, TCM has lost none of their skill where it counts. 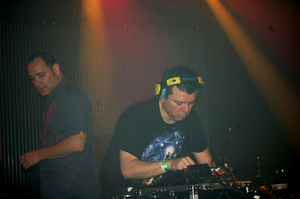