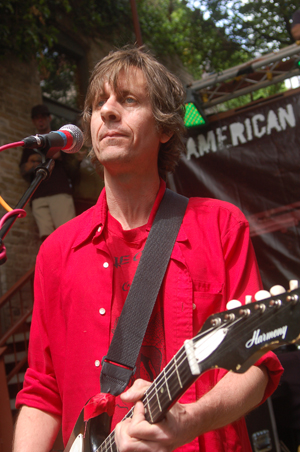 Sub Pop’s Obits: a study in the vitality and enjoyment in Iggy and the Stooge-era proto punk. It can be shown that no-nonsense power chords, sliced in staccato twang can combine the dancy aggression of early material from The Kinks and the raw confrontational spirit of the MC5. No need for pandering to attendees, the simple thrash and freight train pace are more than enough to grab attention. With a sprinkling of surf-style soloing, further acclaim is assured. 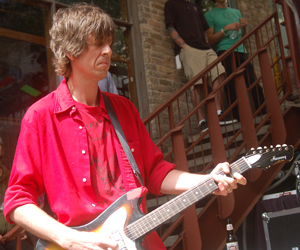 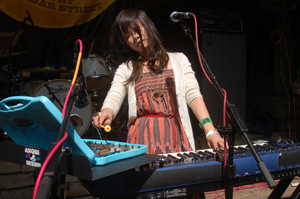 Rising Polyvinyl stars Asobi Seksu continue the bold notion of marrying shoegaze-y pop with heavy alt rock. Tracks “Meh No More” and “Strawberries” somehow impossibly sound aggro and sweet as the coos from the band’s lead singer Yuki Chikudate meld perfectly with the heavily modulated distortion from lead guitarist James Hanna. Does a group tour with Blonde Redhead and The Big Sleep sound good to anyone else? 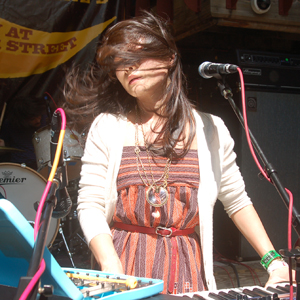 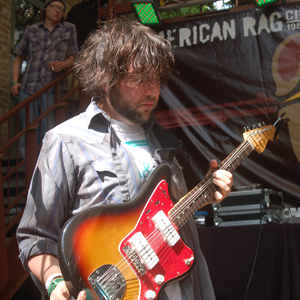 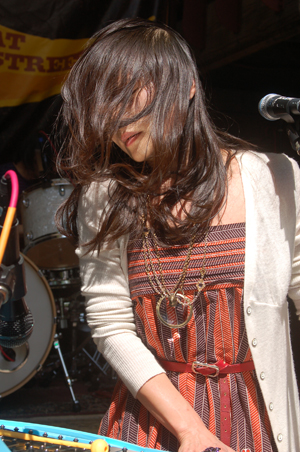 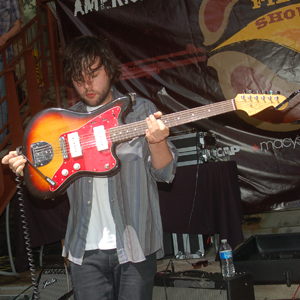 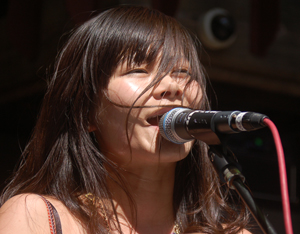 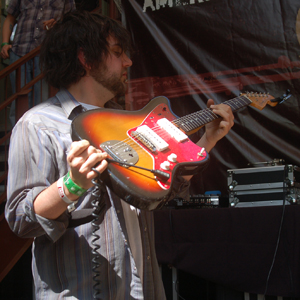 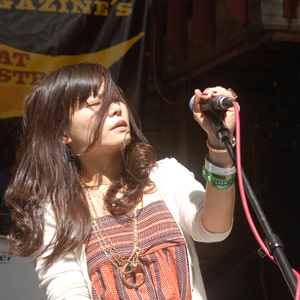 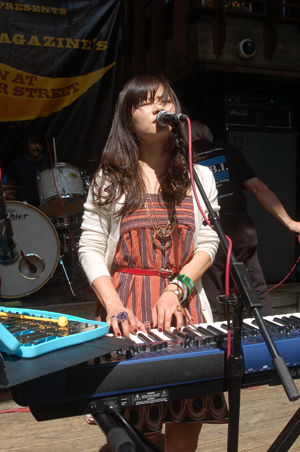 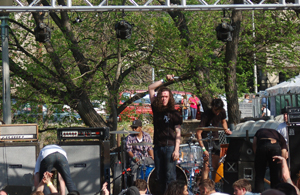 As the massive Mess With Texas 3 party, Trash Talk was finishing a set of brutal crust punk. Either fast and relentless, or doom-y with vacuum cleaner vocals, the crowd near the stage was a constant violent pit. 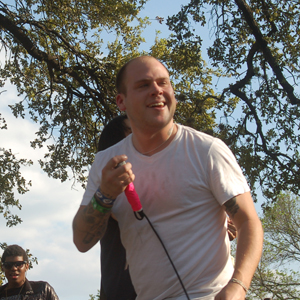 Shortly thereafter, modern hardcore stalwarts The Bronx took to the same side stage joking that they had lived their band’s entire life in the last week, starting out strong, breaking up, releasing a retrospective box set compilation and then finally reuniting for the Mess With Texas party, an obvious slight to the career of many famous rock bands, but also a nod to the grueling schedule that determined bands endure while in Austin for the festival. Puncing out chords at light speed while the singer shouted shrill declarations (“There is no revolution”), The Bronx lived up to their reputation delivering no-nonsense hyper-charged adrenaline. However, even though the crowd in front of the stage moshed enthusiastically, the remainder of the onlookers seemed oddly stationary. Songs from their self-titled album “False Alarm” and “They Will Kill Us All Without Mercy” were the kind of brutal hardcore this crowd should have ate up. 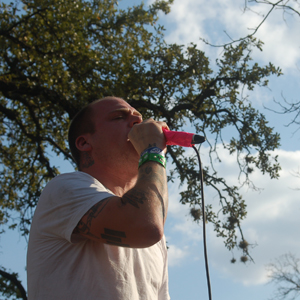 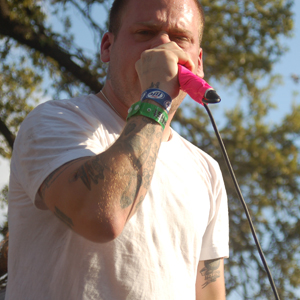 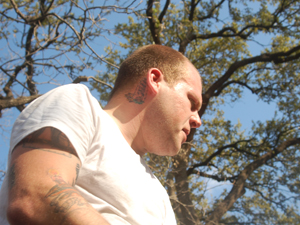