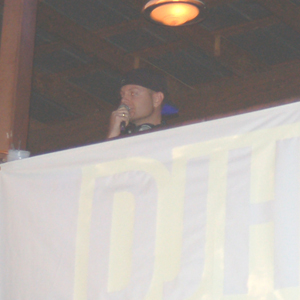 Tucked into a corner in the VIP balcony above the stage and playing above a DJHero.com banner, DJ Shadow began moments later, claiming this to be his only show for the rest of 2009 as he prepares for his new album. He also took a moment to state that his set tonight was all on conventional vinyl turntables, claiming many modern DJs reliance on the Serrato computer software to make their sets amounted to the compositions sounding like “their iTunes playlist,” stating his intention to return to old school technical style. Beginning with the opening beats from Nine Inch Nail’s Year Zero, Shadow rolled out a masterful tour-de-force of mash-ups, cut-ups and remixes, reconfiguring his own classics with Justice, The Zombies and even Metallica’s legendary Cliff Burton bass solo “Anaesthesia (Pulling Teeth).” As the set progressed Shadow layered and then re-layered, taking “Walkie Talkie” and “Right Thing/GDMFSOB” to insane, re-imagined heights. If this week didn’t have enough surprises and majestic moments, it was even possible to hear DJ Shadow perform “Midnight in a Perfect World” and “Organ Donor” live. Strange to follow Metallica, but a fantastic bonus for all that appreciate the craft of turntablism. 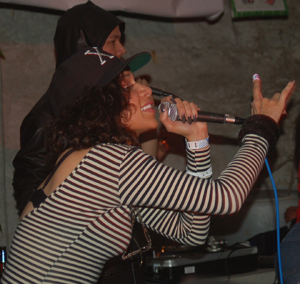 Starting twenty minutes late, playing only three songs and sounding positively hoarse from what must be too many performances throughout SXSW week, Kid Sister ended Friday on a disappointing note. Her stage presence undeniable, as the crowd waved right arms in appreciation of smooth single “Pro Nails,” it just didn’t have the meat a final show of the night needed to. 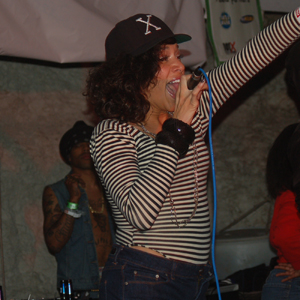