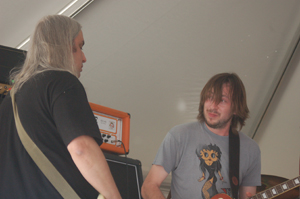 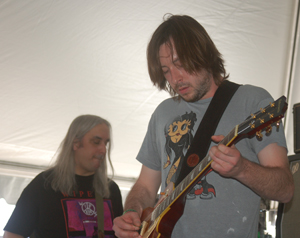 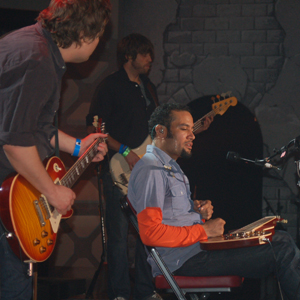 With a smile Ben Harper remarked, “I’m Ben Harper and we’re RELENTLESS 7,” hopefully the first of many times we hear that phrase. It’s a great time for music indeed if a combo as fluid as this can form, prepare and kick ass in what seems almost overnight. Encompassing the expected blues, rock and gospel one might expect from Harper and executed with soulful precision, RELENTLESS 7 were a welcome and glowing surprise this year. Including Harper and members of Los Angeles band Oliver Future, Harper opted to play his guitar mostly as a slide lap steel, while his band rolled out bluesy jams with finesse. If more than a temporary side project, there’s no doubt this will become as big as Ben is currently with the Innocent Criminals. 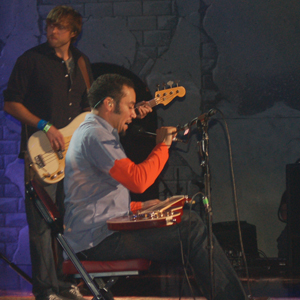 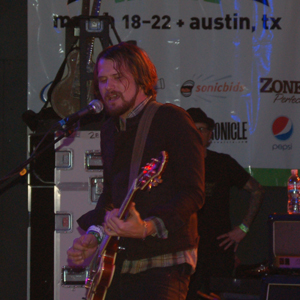 Appropriately, Brian Aubert, lead singer of Silversun Pickups proclaimed, “I have a feeling shit is about to hit the fan,” taking notice of the rising anticipation for Metallica’s special one-off performance. Much to their credit and flexibility, Silversun Pickups fully capitalized on their prime slot with a full crowd that could have easily been adversarial. Emphasizing the harder rock side of their sound, the balance of bassist Nikki Monninger’s backing vocals and Aubert’s throaty intonations had won well-earned praise from the audience by the end of the performance. 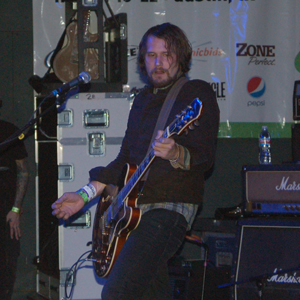 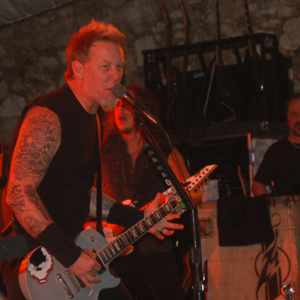 As roadies frantically prepped equipment, a palpable excitement could be felt in the air, an “electricity in the air” you only hear about in old stories, but rarely ever experience personally. As a side question–just how many opportunities to see Metallica in an intimate open-air venue have their even been? Stubb’s filled fully from front to back, Guitar Hero Metallica logos everywhere, the imminent reality of what was about to happen was just starting to set in. As a fitting (and thankfully brief) introduction to the event, three contest winners were brought on stage to perform an exhibition of their Guitar Hero skills on the soon-to-be-released version of the game from where this night’s entertainment takes its name. And for what might seem positively dorky on paper, the crowd fully ate it up, pounding their fists to every second of Metallica’s “Fuel.” 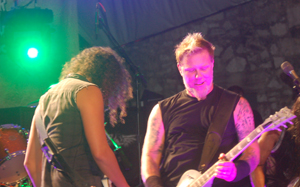 The band took the stage and quickly launched into their early classic “Creeping Death,” urging the rabid fans to chant “Die!” repeatedly with them during the song’s bridge. James Hetfield’s trademark growl drove the lumbering riff on Master of Puppets track “Harvester of Sorrow” and Kirk Hammett’s solos (like Dave Navarro’s superb fretwork the night before) were astounding throughout the night, specifically on the band’s early hit, the multi-part “One.” Robert Trujillo rushed around like an unhinged rhino, doing justice to Cliff Burton’s classic opening distortion basswork on “For Whom The Bell Tolls.” A gigantic pit opened up early on in the set, and stayed a maelstrom of flesh and limbs throughout the evening. 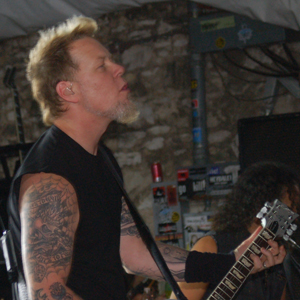 Playing only two cuts from most recent album The Death Magnetic, the band delved deep into early material, including the entirety of “Master of Puppets,” “Whiplash” and “Breadfan.” “Sad But True” also provided illumination of the band’s insurpassable success not yet reached or paralleled by any other metal band, proving by way of melodic drama that Metallica, no matter how fast, grungy or depressed their lyrics, write amazing music. Not melodies per se, but memorable, repeatable, raw and convincing songs that type their way into your brain. There was a cheer prior to the epic finale of “Seek and Destroy” that was like nothing this reporter has heard since Daft Punk’s essential set at Coachella 2006. It was an unremitting wave of screams and cheers for nearly five minutes straight. It’s easy to cut Metallica down for their missteps (Load, fighting with Napster), but make no mistake, they are without a doubt one of the best in the business. 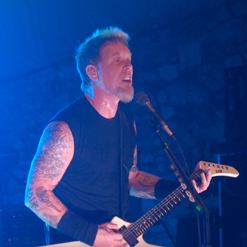 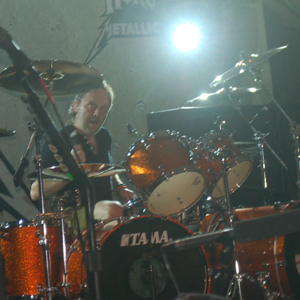 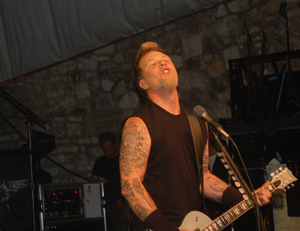 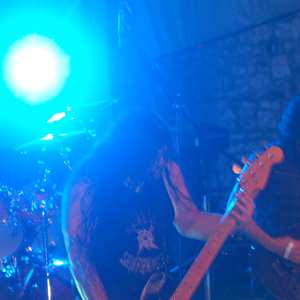 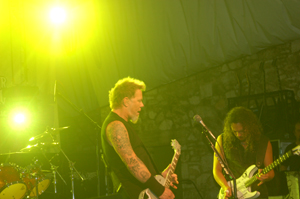 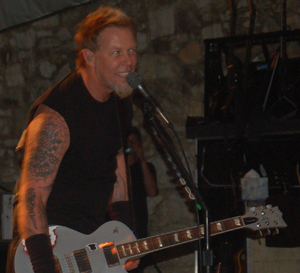 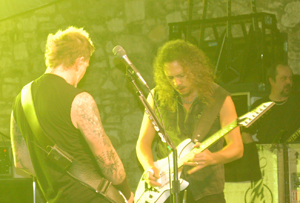 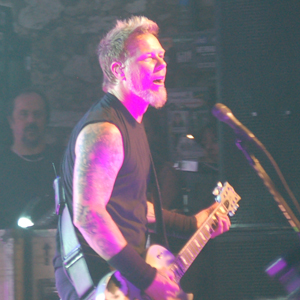 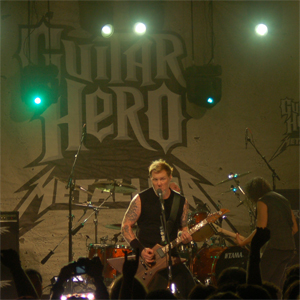 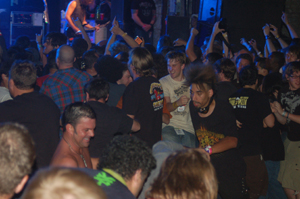