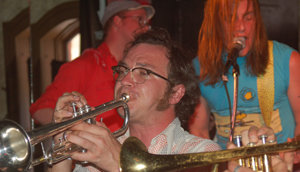 File this under, “Wha?” The ten (that’s right ten) members of Dark Meat are a welcome oddity, borrowing as much from the frantic compositions of Frank Zappa as the drunken fun of NRBQ. With a guitar player/singing leading the group with maniacal intensity, they manage to incorporate successfully violin, keyboards, flute and a modified brass section in with standard rock elements. Hailing from Atlanta, and simultaneously funky, thrashy and fun, Dark Meat make oddity damn cool. In the midst of silly songs about dropping out to huff glue they used an air gun to cover the crowd with piles of confetti, making the experience all the more wild. 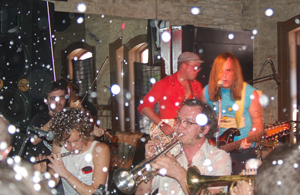 Late of the Pier – Levi’s/Fader Fort 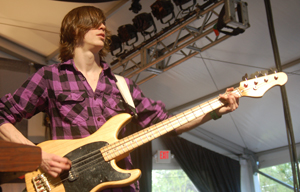 Late of the Pier, a brand spanking new English band on Astralwerks rocked the Fader Fort as the sun set, in spite of numerous technical difficulties. Smartly, even the bass player and lead singer/guitar player doubled on keyboards in addition to their normal keyboardist (a lesson many electronic rock acts could learn from), providing authenticity and organic timing. Lively and danceable, Late of the Pier could be a potential breakout band for all the same reasons that made Franz Ferdinand famous. 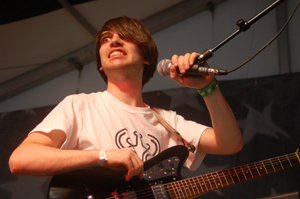 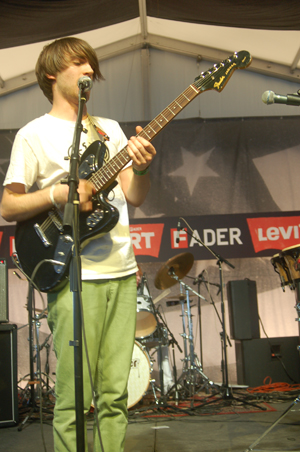 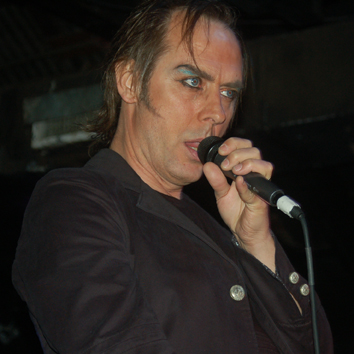 One of many extremely surprising–and in this case curious–appearances at SXSW this year was the late addition of Peter Murphy. To the adulation of the fans that managed to get in, Murphy and his band rocked dark goth posing with confidence and glee. Calling out the music industry he offered, “Not that they’re bad people, but it’s time we caught up with the times. The artist has more power than ever before.” At one point he even took random questions from the crowd, responding to one fan’s request to party with him saying, “Parties are exhausting” and then later answering another’s request for another Bauhaus reunion stating, “They’re good people. We love Bauhaus. But they’re exhausting.” 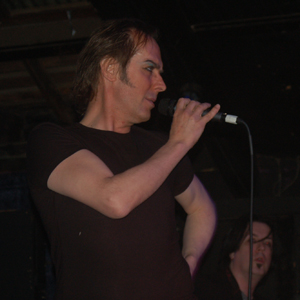 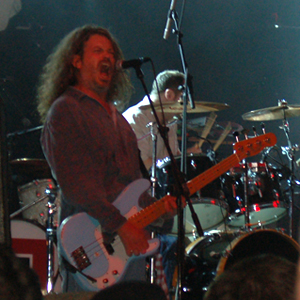 In a disappointing turn, the fully reunited Meat Puppets sounded as if they were lacking some of the manic, exuberant energy that they rang through with so happily in SXSW’s past. Returning bass player/brother Cris Kirkwood looked as insane as ever, but lead singer/guitar player Curt Kirkwood’s voice came off raspy in an unfortunate way. They did work in early classics “Plateau” and “Lake of Fire,” but all-in-all, not quite the pedigree they’ve shown in the past.