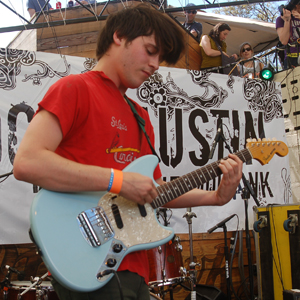 Sounding like a jangly bass-less version of Nirvana-style grunge, the two person Wavves got off to a shaky start with equipment problems causing extra hum in their amps and an out-of-tune guitar. While not without potential, their thrashy/dancy sound has been pulled off far better by Jay Reatard. 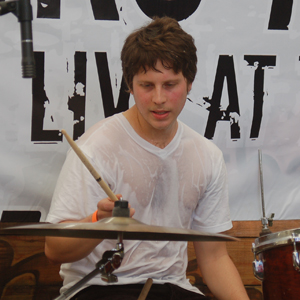 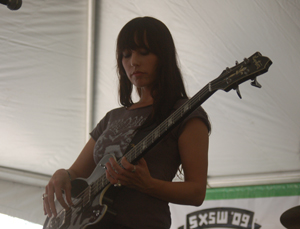 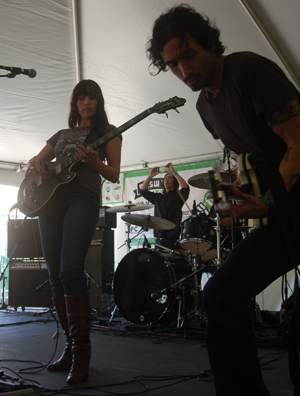 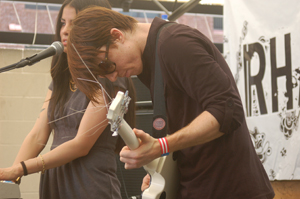 Somewhere between the instrumental ambience of The Big Sleep and the lush orchestral texture of early Savath y Savalas lies the soothing sound of School of Seven Bells, side project of On! Air! Library! and Secret Machines. Using drum machines as the backbeat, lead guitarist Benjamin Curtis applies liberal amounts of modulated noise while the two singers Alejandra and Claudia Deheza harmonized sweetly. S.O.S.B. is a clever mix of syncopated beats and atmospherics, good for fans of The Postal Service. 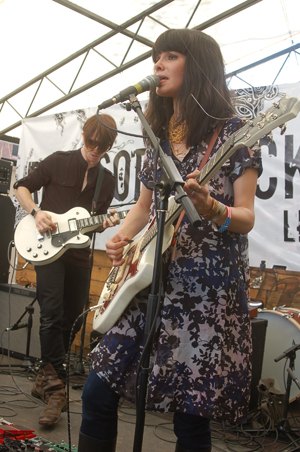 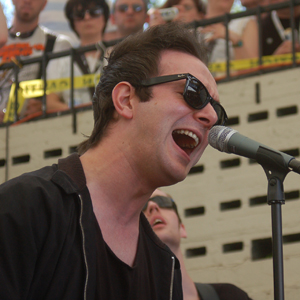 Irish indie rockers (and recent buzz band) Glasvegas followed suit at the Rhapsody Rocks Austin party. While largely moderate rock, the drummer plays a sparse two-drum kit, making simple and effective beats layering nicely under the lightly distorted guitars. The group’s lead singer was unafraid to emote vocally, letting the rest of the band drop out while he rang out on one note. Fans of Morrissey’s harder material should love this band. 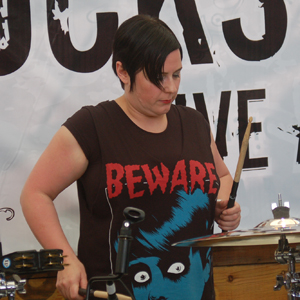