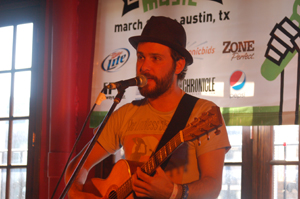 First up, with a gentle hum is Greg Laswell. Playing “Sing Theresa Says” joking how it was a sad song written in response to a request to write a happy song, his subdued delivery was an appropriate start to this warm Wednesday. 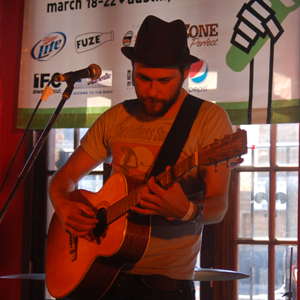 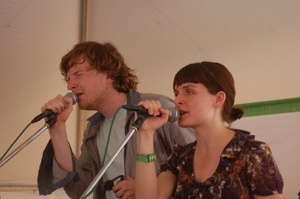 On the more lively side, Anathallo were filled with enthusiasm, making playful use of dual keyboards and drums, the group’s two singers harmonized sweetly over bass keyboards. Utilizing a more progressive style in terms of subject matter (think The Decemberists) it’s surprising they’re not at the same level of popularity already. 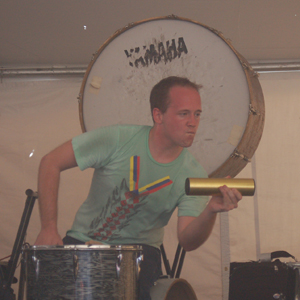 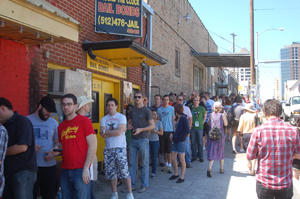 Wavves brought the first unending line of the festival. Thanks to a slow ID checker, the band finished before most of the crowd could get in to see them. 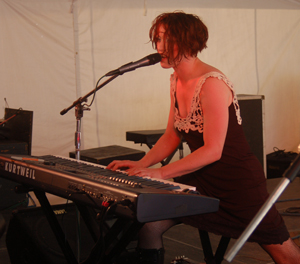 Amanda Palmer banged out (literally) some of the most rocking piano in recent memory a little later in the day. Hammering an electric keyboard alone and periodically bleating (“I do my part by simply smilling”) and at others straight-up shouting (“I may be romantic but I’m not gonna risk my life for it”), the Dresden Dolls frontwoman was ferocious. After taking a request for single “Oasis,” the singer humorously asked her fans to download her album for free (unbeknownst to her record label). And in a phenomenal finale, singing sans-amplification and lightly strumming a ukelele, Palmer treated the crowd to a heart-felt rendition of Radiohead’s “Creep.” The crowd singalong she incited at the last chorus was a moment not to be missed. 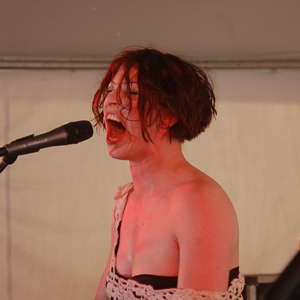 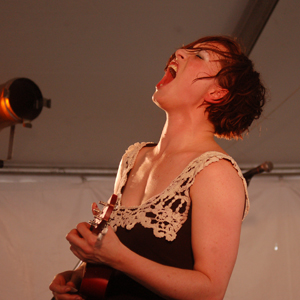 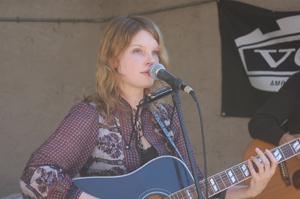 In a smoky delivery, Miranda Lee Richards quietyly entertained a small group of listeners. Best described as the desert road music side of Dusty Springfield, her soothing voice occupied the fainter side of a higher register with grace and poise. Although perhaps a little innocuous for the hipster crowd, Miranda is far better than the never-ending parade of singer-songwriters littering music today. 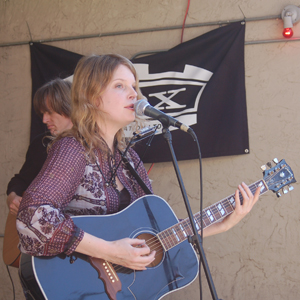 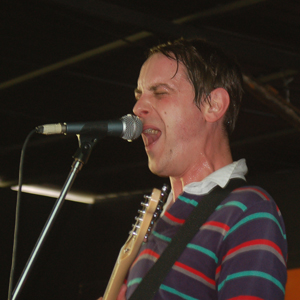 For those that like indie rock, newcomers The Thermals filled up Red 7’s outdoor stage to the brim. The trio, sounding like a slightly less excited and poppier version of The Subways, falls in at mostly a moderate tempo. The right single could mean much fanfare given recent trends, however without it, the band will find trouble differentiating themselves. 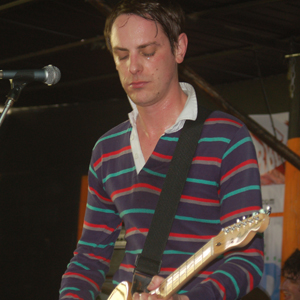