In what could only be described as an insane day of fantastic music at the second day of the Roskilde Festival, it’s more a question of “Who did not get an explosive reaction?” than “Who did?” The answer: no one, as nearly every performer witnessed a riveted crowd, bubbling to the point of frenzy. 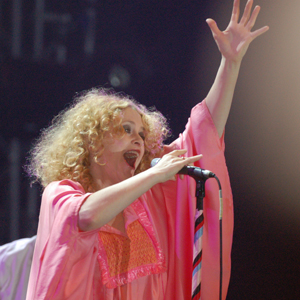 Neo-pop starlets Kate Nash and Alison Goldfrapp each delivered clever hooks with their own take on instrumentation. The seven-person extended live band of the album duo Goldfrapp included a harp, violin and multiple keyboards to present the colorful backdrop that supports Alison’s operatic falsetto. The bassline on “Cologe Cerrone Houdini” provided a solid groove while the keyboards and violin were used in stabs of sound to punctuate the melody. Kate Nash on the other hand made her own piano playing the focal point, with bouncy chords percolating through each number. Her super-confident spirit was present on tracks such as “Dickhead” (“Why are you being a dickhead for? / You’re just fucking up situations”), but it was the slight British accent bleeding through her voice on the “Do do do do / do da do do” chorus of “Merry Happy” and an escalating crescendo to close the song that brought the house down. 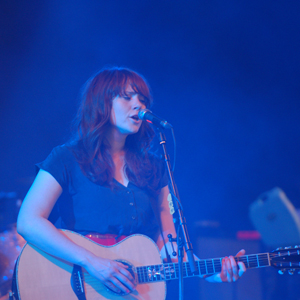 Similarly, former pop star turned quasi-rapper Robyn rocked the stage with confidence and authority. The Cosmopol stage turned in to an utter mob scene, people dancing and writhing in every direction in the hope of edging closer to the spectacle. A flutter of decidedly electro bleeps and bloops accompanied singalong tracks “Cobrastyle,” “Konichiwa Bitches” and “Who’s That Girl” as the crowd went positively bonkers. If Robyn isn’t already poised to explode in the U.S., she will be soon. 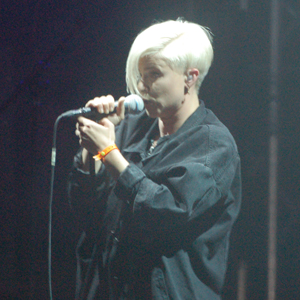 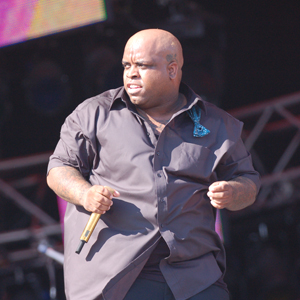 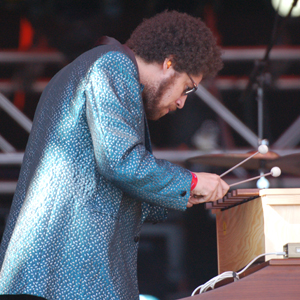 The inevitable hit singles “Crazy” and “Smiley Faces” closed things out strongly, but pivotal covers of “Gone Daddy Gone” (The Violent Femmes) and “Reckoner” (Radiohead) as well as the soulful “Just a Thought” and “A Little Better” cemented the crowd’s enthusiasm. 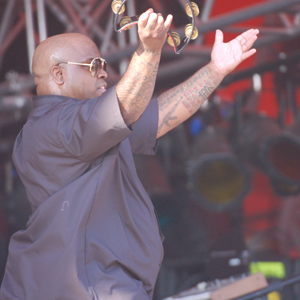 Hard rock triumphed as well. Mugison, Job for a Cowboy and Kings of Leon all left their own unique stamps on the day. 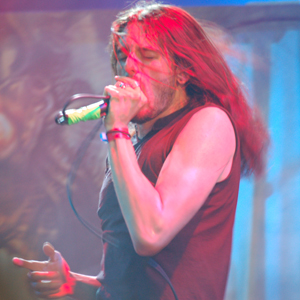 While Job for a Cowboy played tenacious speed metal (double bass drumming and dual guitar riffs rocked through each), Mugison delved towards a bluesy form of hard rock. Typically a one-man band, Mugison was backed here by a full band and blasted raspy vocals filling out the darker edge of his music. A slower song initially started as a ballad quickly sped up into a thrilling climax against the words “I only feel satisfied / when I’m lying on your breasts.” 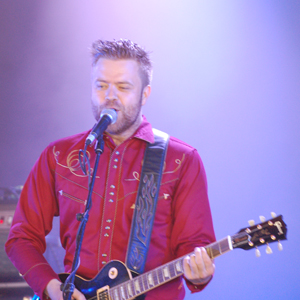 And where Job for a Cowboy and Mugison are on the verge of greater things, Kings of Leon have surely arrived. Adding just slightly more distortion to their sound, the four Kings lead thousands at the Orange Stage to joyously sing “A ha / shake” and “Let the good times roll” from “Taper Jean Girl” and “King of the Rodeo,” respectively. The group possessed unending stage presence and charisma. No overt theatrics were necessary, as just their chemistry and craftsmanship solidified their excellence. 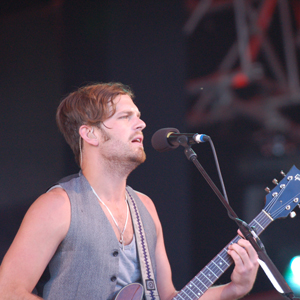 On the alternative side of things, there was great variety to select from. Nick Cave’s rock project Grinderman emphasized a pure raw sound, fleshed out with clanging percussion and shakers. Songs such as “Grinderman,” “Electric Alice” and “(I Don’t Need You To) Set Me Free” were played so every abrasive note punctuated harshly. 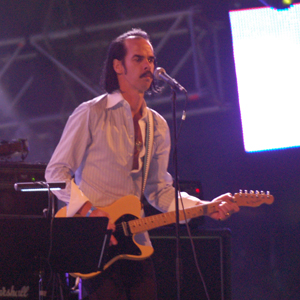 John Stanier (of Tomahawk), Ian Williams (ex-Don Caballero), Dave Konopka and Tyondai Braxton recreated Battles’ cacophonous rhythms, patiently rising and falling in tempo. Stanierâ€™s manic drumming was entrancing enough on its own to make the set a must-see. And on the more brooding side, Mogwai built oceanic textures of undulating grit through enveloping distortion and keyboards. 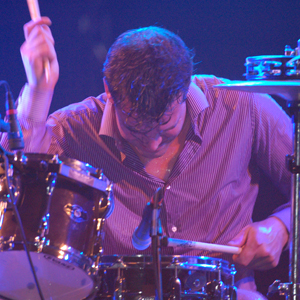 Finally, The Streets blew the lid off the entire festival with a late evening performance at the Orange Stage. Nearly every corner of the massive field was full for this, as rapper Mike Skinner playfully asked the crowd to engage strangers with a “Hello” to generate a warmer vibe. 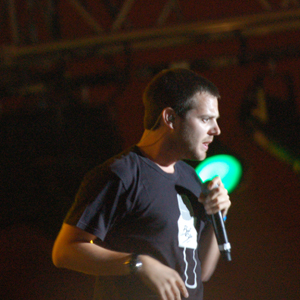 Supported by a full band (drummer, bass, keyboards and backing vocals), Skinner jumped enthusiastically around the stage during “Don’t Mug Yourself,” “Has It Come to This?” and the heartfelt “Never Went to Church.” While occasionally throwing in odes to Nelly’s “It’s Getting Hot In Here” and The Prodigy’s classic “Out of Space,” it was the building of dance instructions throughout the evening that led to the day’s most invigorating moment. 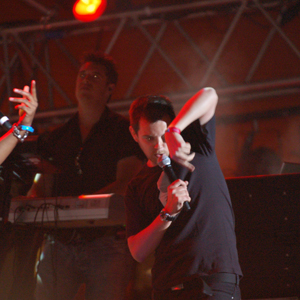 By show’s end, Skinner had fans wrap an arm around a nearby person, sink to the ground, and in unison jump up and dance. The results were what appeared to be 30,000 participants bobbing in ecstatic glee. Truly not to be missed, it’s a wonder The Streets have never managed to capture the public’s attention in the United States. 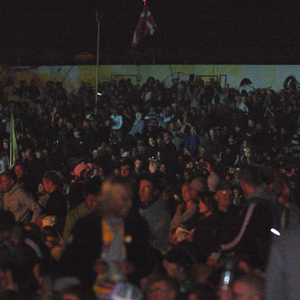