Day 1 of South by Southwest traditionally starts late in comparison with the other three days of the festival. On Tuesday, Wednesday or Thursday day parties begin around noon. However, on the first day, the madness usually begins around 8 p.m.Day 1 – Wednesday

First up, was Australian hard rock outfit Wolf & Cub. Similar to other wolf-named Aussies Wolfmother, Wolf & Cub are a clever throwback to the early 70s hard rock/metal sound, only W&C land just slightly more on the psychedelic side of the coin. 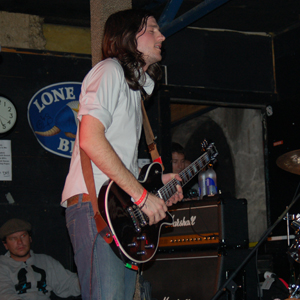 While Joel Byrne played guitar and sang with both voice and instrument soaked in a thick delay effect, bass player Tom Mayhew kept a tight rhythm along with the bands two drummers, Adam Edwards and Joel Carey. 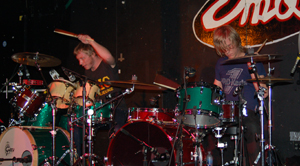 The band rocked along with traveling grooves, letting each delayed chord ring out, before eventually shifting into a wah-heavy solo. Edging towards psych rock, Byrne fluttered around the pulse-pounding rhythm. 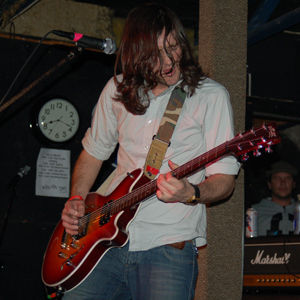 Halfway across town at La Zona Rosa, The Rapture were already well into making the hipsters boogie. As singers Luke Jenner and Matt Safer shout-sang dance-friendly slogans “C’mon / give it to me / I have a feeling you want to,” the fans in attendance bounded along in frantic glee. 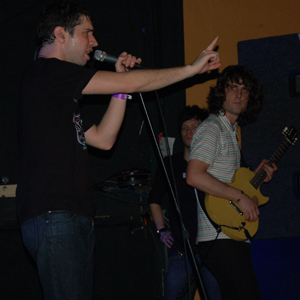 Alternating between guitar and bass, and often substituting in keyboards or saxophone where appropriate, the two stomped and shaked with manic energy. The band managed this jubilant mix of post punk dance rock without coming off arrogant or derivative. “First Gear” had the crowded house rocking with it’s repeated refrain, “my my my my Mustang Ford.” 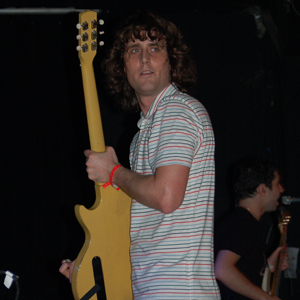 Rosie Thomas is deceptively mousey. A small girl, a flutter with a squeaky tone to her voice when she speaks, belies the control she’s truly capable of. In perhaps the oddest setting of any South by Southwest venue, the Central Presbyterian Church, Rosie’s voice glided gracefully over the crowd. The church, still adorned with only traditional pews, made for a solemn and reflective environment. The standard distractions the average club comes loaded with were all thankfully nonexistent. Singing “Wedding Day” from her debut When We Were Small and “All My Life” from her last album Only With Laughter Can You Win, Thomas’ filled the room with her voice. Her soft whisper-like tone was thick and soulful. The knockout blow came in the form of a cover of R.E.M.’s classic “The One I Love.” As with the rest of her songs, the accompaniment was sparse, simple acoustic strumming coupled with minimal bass and drums. But this slowed down, reduced version easily displayed the same power of the original. 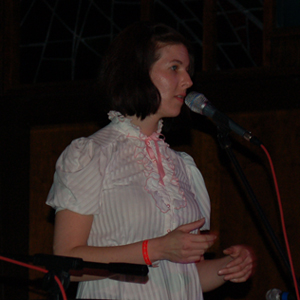 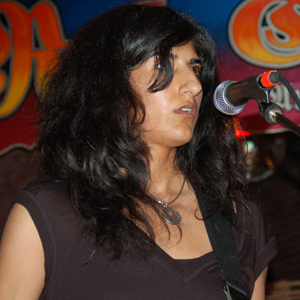 While Sonya and Danny traded duties on vocals, the two nimbly delivered catchy, angular riffs. The melodic result closer to the adventurous side of early grunge than perhaps late-80s college rock. Barria swayed and bounded to each melody intently, his face buried in a tuft of curly hair. 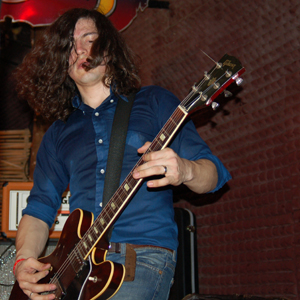 The trio had already built a solid momentum by this point, growing in comfort song-by-song. Their biggest highlight came next in the form of “You Can’t Touch The Untouchable.” Rhodes and Balchandani kept rhythm with a fluctuating tempo while Barria hit a strong chord of guitar noise and then sent it through a rack modulating effect on his right. The effect allowed him to essentially “play” the feedback like an instrument, and The Big Sleep spent the duration of the song jamming off that wonderfully noisy chord. 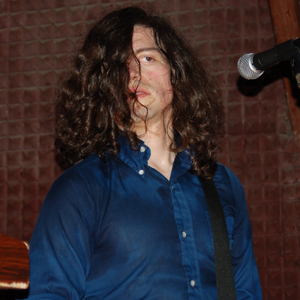 Sporting an all-white outfit, Razorlight’s Johnny Borrell stormed the stage at Stubb’s where the rest of the band was waiting carrying the melody. The glaring rock-n’-roll entrance worked perfectly, setting relief to the mounting tension of the crowd in attendance. Borrell led the group through their energetic “In the Morning” to start the set off. 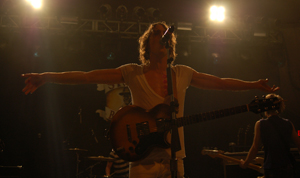 Razorlight plays a distinctive variety of not-rock. It’s rock music that bursts with energy and tempo, but lacks the grit, distortion or intensity that most hard rock makes prominent use of. The spastic vigor of the band greatly makes up for the lack of edge their style is notorious for, serving to keep the crowd focused and moving all along the way. As well as a slower tune, “America,” the band ended with a climactic rendition of their track “Golden Touch.” 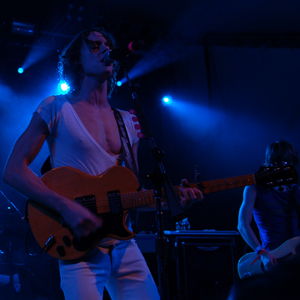 En route to Exodus to catch Saul Williams, there was just enough time to swing by the back area of Spiro’s to catch legendary pop-punkers MxPx. The group (together over 10 years by this point) displayed all the energy and playful enthusiasm that one would expect. The crowd energetically sang along to the vast majority of the lyrics (“don’t hate me forever” from “My Life Story”) while singer/bass player Mike Herrera bleated each line against Tom Wisniewski’s lightly distorted power chords.

And lastly at Exodus on this first day, Saul Williams exploded with energy as a frantic crowd thrashed and rocked to his each-and-every word. Saul bounded in place apoplectically, spitting an endless barrage of near free-form rhymes. “Where my niggers at?” he stated with fiery fervor in between shouts of “shotgun!” 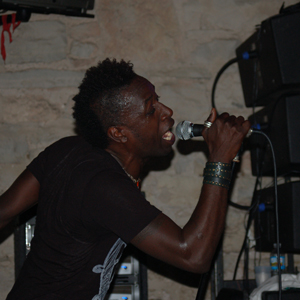 While Williams alternated between politically charged diatribes and emotionally resonant wordplay, his two-piece backing band (both in eye-masks with long witch-like noses) played keyboards and synthesizer, offering an experimental charge of indie hip-hop to complement the bombastic rhymes. Occasionally, the two would even through in heavy metal chord plucks amidst the bleeps and bloops. Saul commanded the room in spite of the fact that his rhymes were delivered with such speed that it was hard to discern his lyrics. His energy was undeniable, and the audience rocked to every passing syllable. 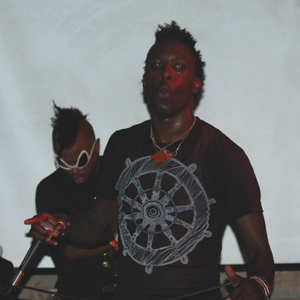