One might think that after nearly 20 years, Gwarâ€™s live shows might have lost a bit of the magic that made them so remarkable. Not so. Gwarâ€™s Friday the 3rd performance at the Key Club showed the spectacular shock and awe splatter-fest is as strong as ever.All That Remains and Dying Fetus got the sold out packed crowd moshing and warmed up but not drained of energy. All That Remains started out the night with their own brand of metal hardcore. Though not quite a fist pumping circle run, by the second song the crowd opened up a space and started slamming into each other. All That Remains benefited greatly from a clear mix; Each instrument and the singer balanced and was refreshingly audible as opposed to many metal shows. Occasionally vocalist (formerly the singer for Shadows Fall) Philip Labonte would vary between a more dry lung and more melodic vocal style, but the real highlight here were the bandâ€™s awesome dueling guitar solos.

Dying Fetus came up next showing that less sometimes truly gets you more. Far from generic, yet a simple medley of elements made up most of their songs: Switch off frog-like vocals from one singer and more traditional growls from the other coupled with incredibly strong drumming. The drumming in particular, done by Joh-triggered electronics and four-part harmonies resulting in a pleasant and relaxing mix of ’60s chamber pop and atmospheric rock. 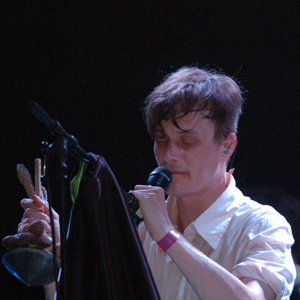 Through sedate melodies and soothing vocals Swedish singer-songwriter Jose Gonzalez calmed a crowd beaten down by the sun. Drawing on a pensive cover of Massive Attack’s “Teardrop,” the title track from last year’s In Our Nature, a simple rendition of his collaboration with Zero 7 “Crosses” and a cover of The Knife’s “Heartbeats,” Gonzalez nimbly enticed the onlookers present with a calmness evoking Cat Stevens’ work. 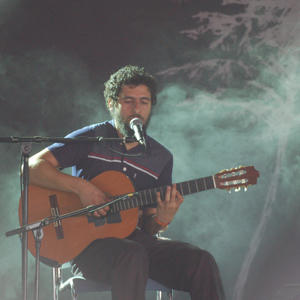 Elsewhere, newcomer Joan as Police Woman worked to capture attention with dreamy piano ballads. Frontwoman Joan Wasser sang passionately “As long as you follow me / This is what I do / like I do” holding pitch through each word to impressive effect. 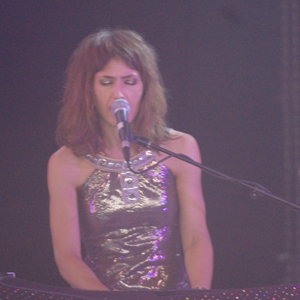 The greatest disappointment of the festival thus far was My Bloody Valentine’s highly anticipated set at the Arena Stage. Dwarfed by a gigantic video projection wall depicting a variety of colorful abstract images, guitarist/singers Kevin Shields and Bilinda Butcher sang muffled under a wall of intense effect-laden guitars. 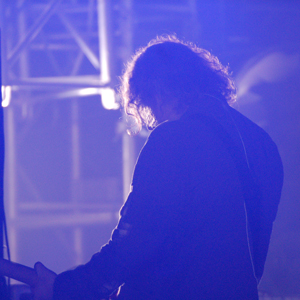 The problem resided in the live mixâ€”the vocals incomprehensible, buried under so much layered sound. For such a highly touted performance (and a headliner at this festival to boot) experts in live sound design should have been employed to fully realize the group’s potential.